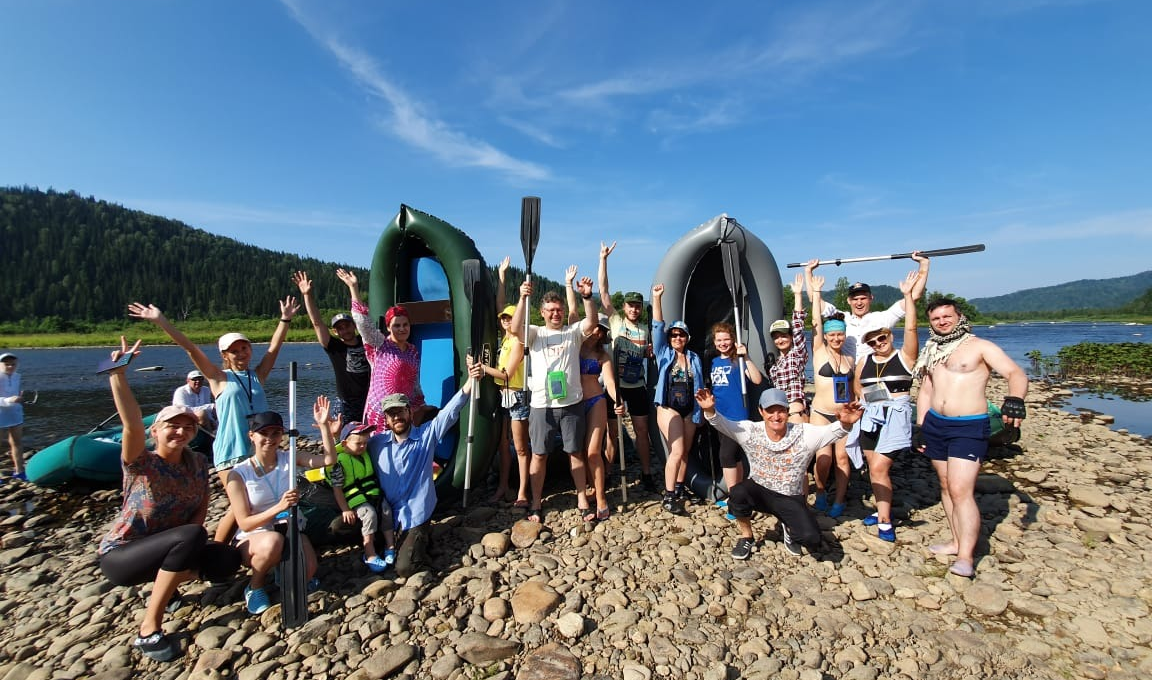 The trip lasted 4 days, on the first day the VedaPulse team covered 460 kilometers by car to the city of Mezhdurechensk, with a short stop at the ecocenter of the Kuznetsk Alatau State Nature Reserve to get acquainted with the local fauna - deer, wild boars, elks and roe deer. Upon arrival at the place, the team went on a city tour. 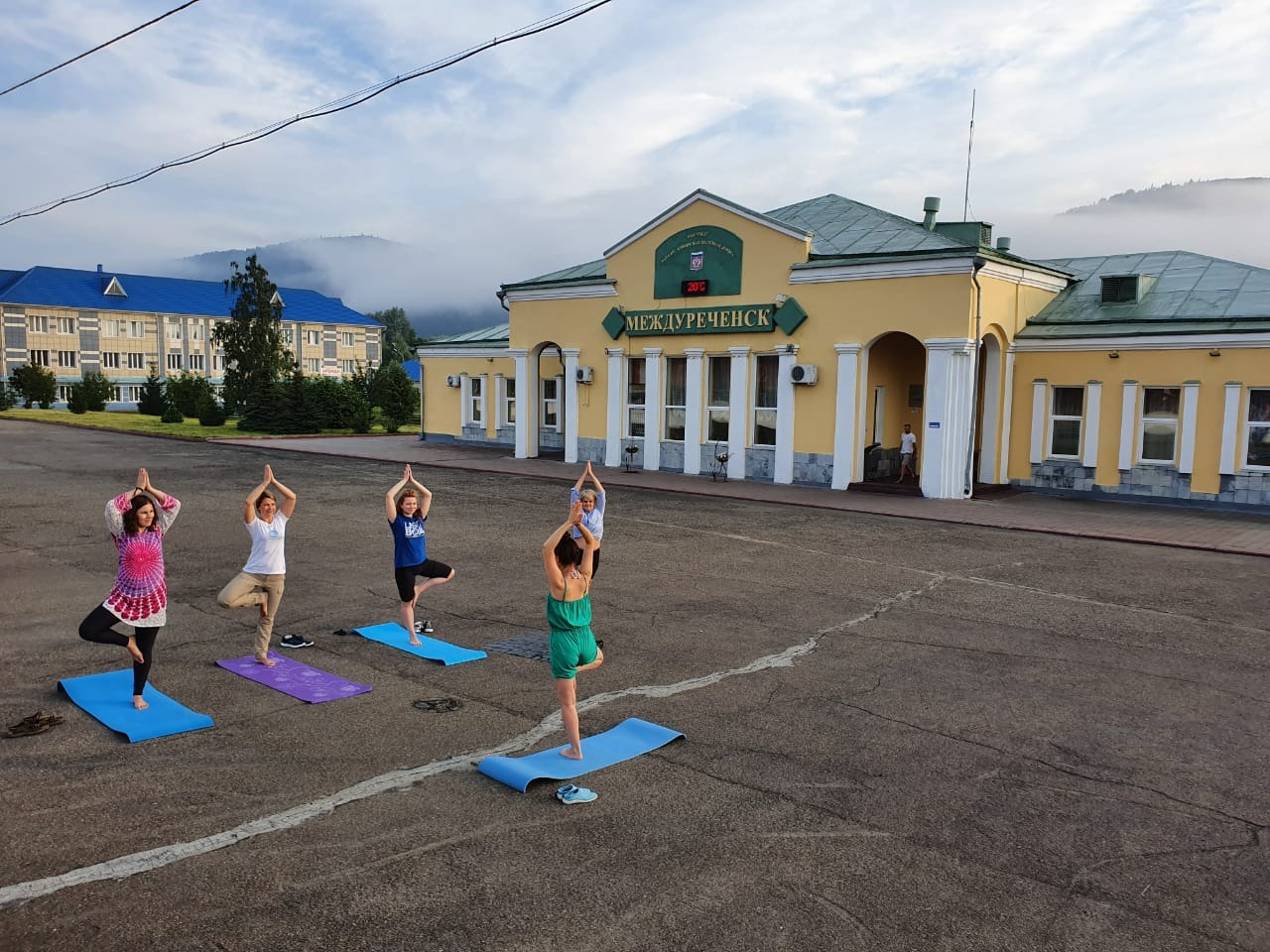 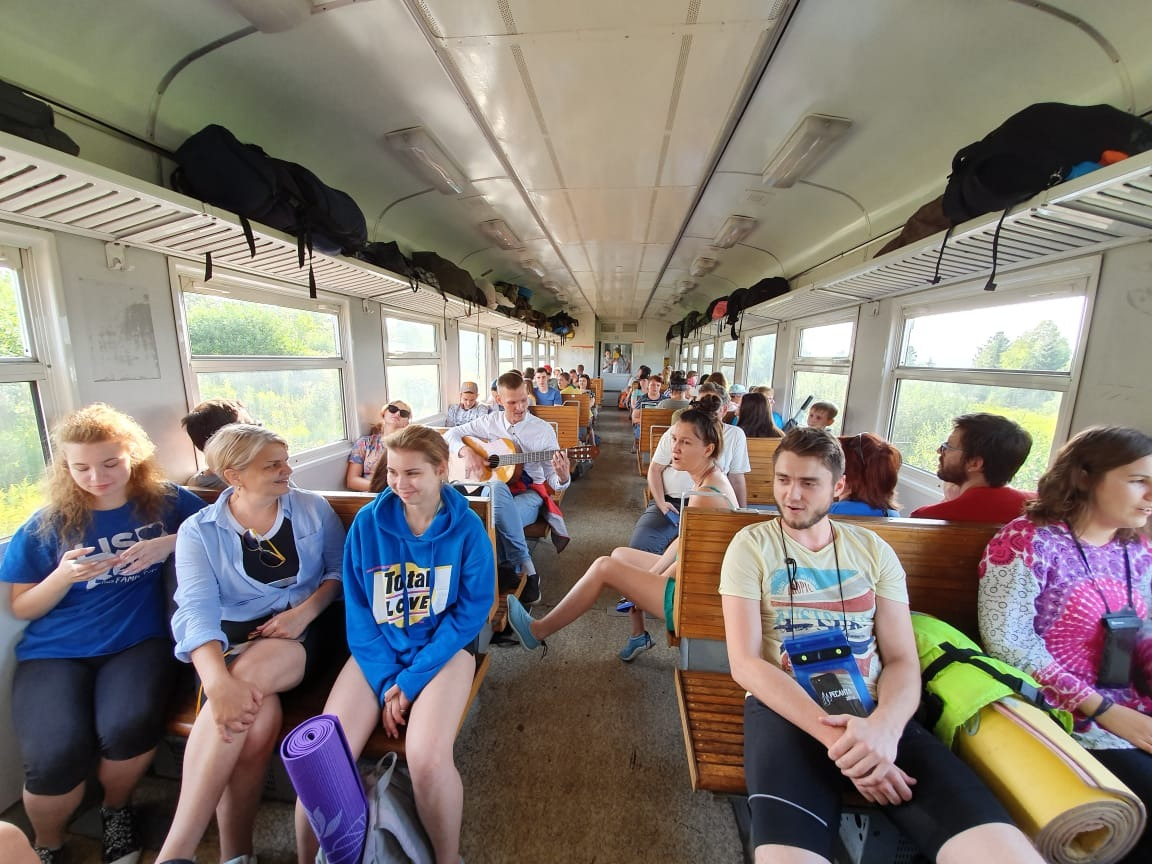 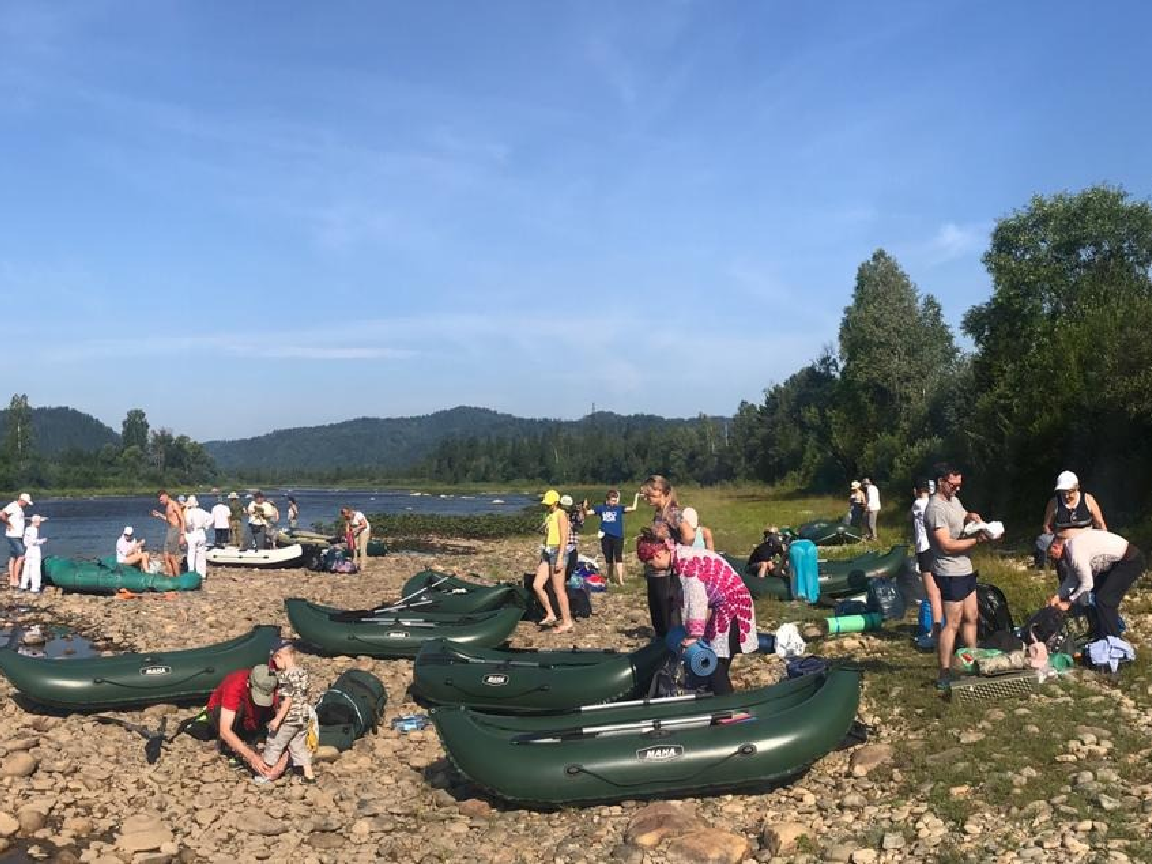 The crew is preparing to sail

Mezhdurechensk - a surprisingly beautiful young city in the Kemerovo region, was founded only in 1946, located at the confluence of the Tom and Usa rivers. For 73 years, the city has become a popular place for outdoor activities. Tourists love and appreciate not only the Yugus sports complex with ski jumps, ski slopes, cable cars and ski tows, but also amazing landscapes, fresh air and the wild local nature. 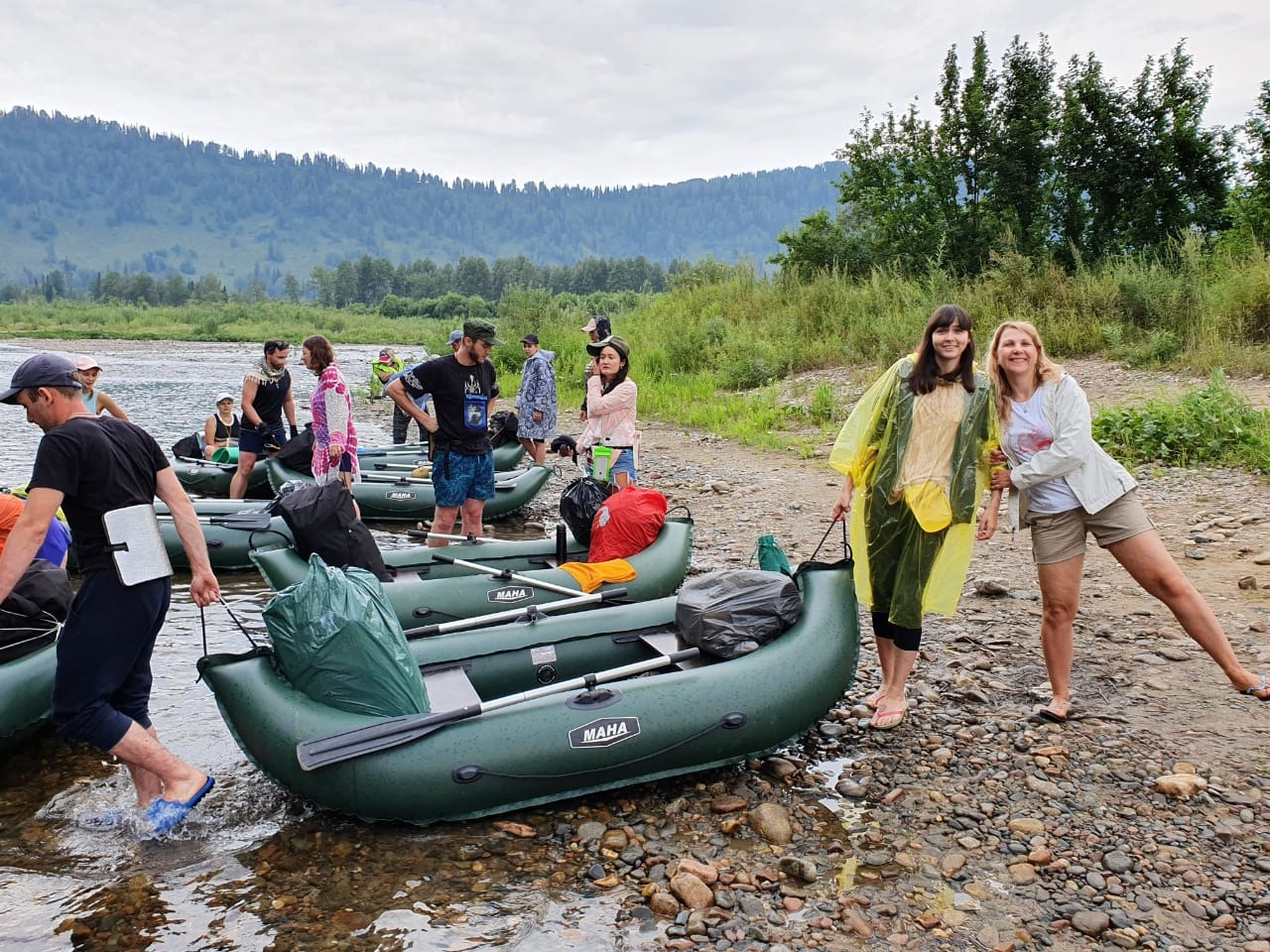 Stop near of Studeny Ples for the night 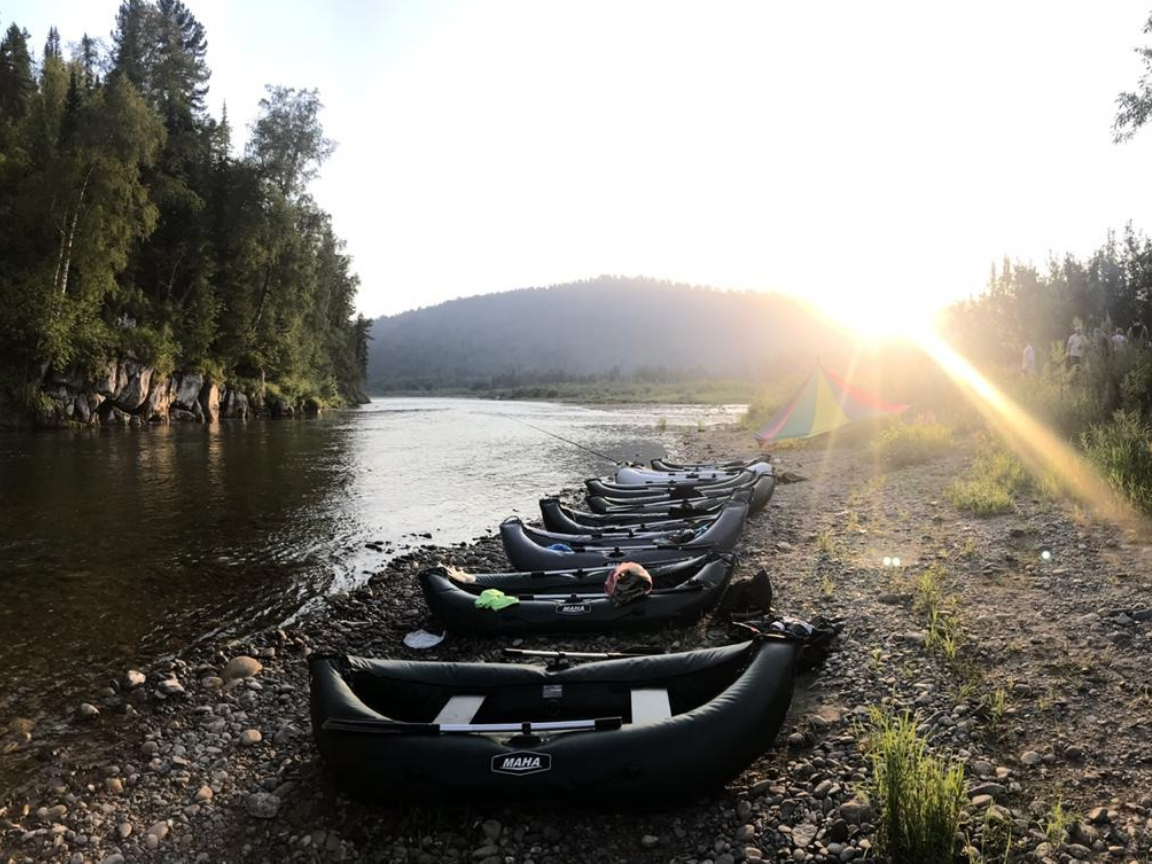 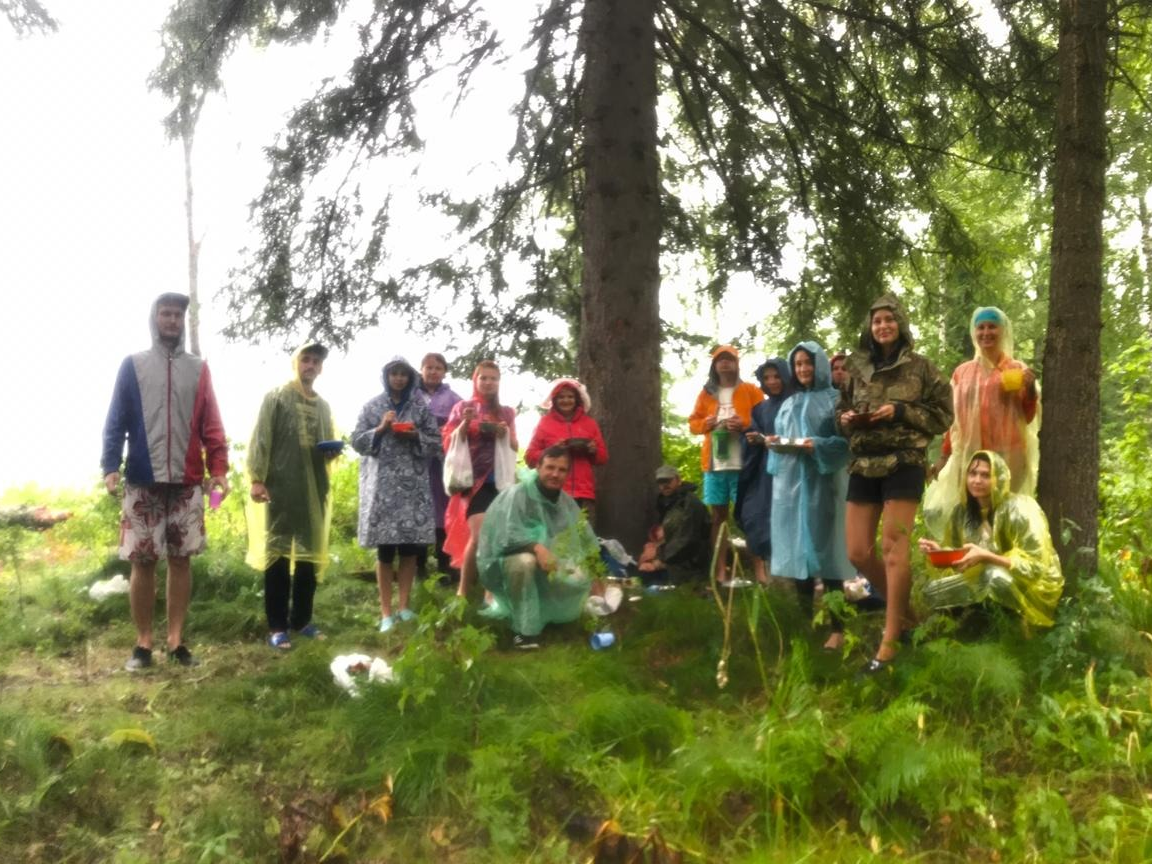 The second day was the most important phase of the expedition, having regained strength with the help of morning yoga, the team went by electric train to the headwaters of the Tom River - the starting point of the rafting. After a 3-hour rafting, the team set up a camp near the famous Studeny Ples - a picturesque location where Tom is bordered on one side by a rocky, cedar forested coast and a sloping coastal strip strewn with river pebbles on the other. 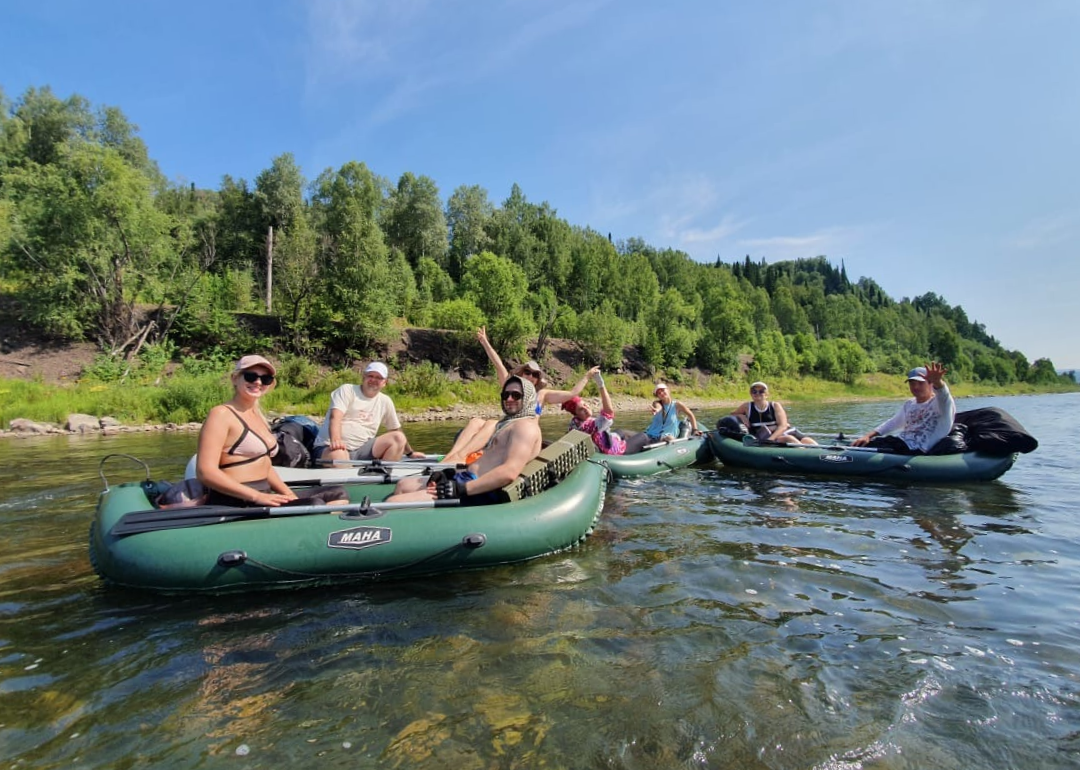 Rafting on the Tom River 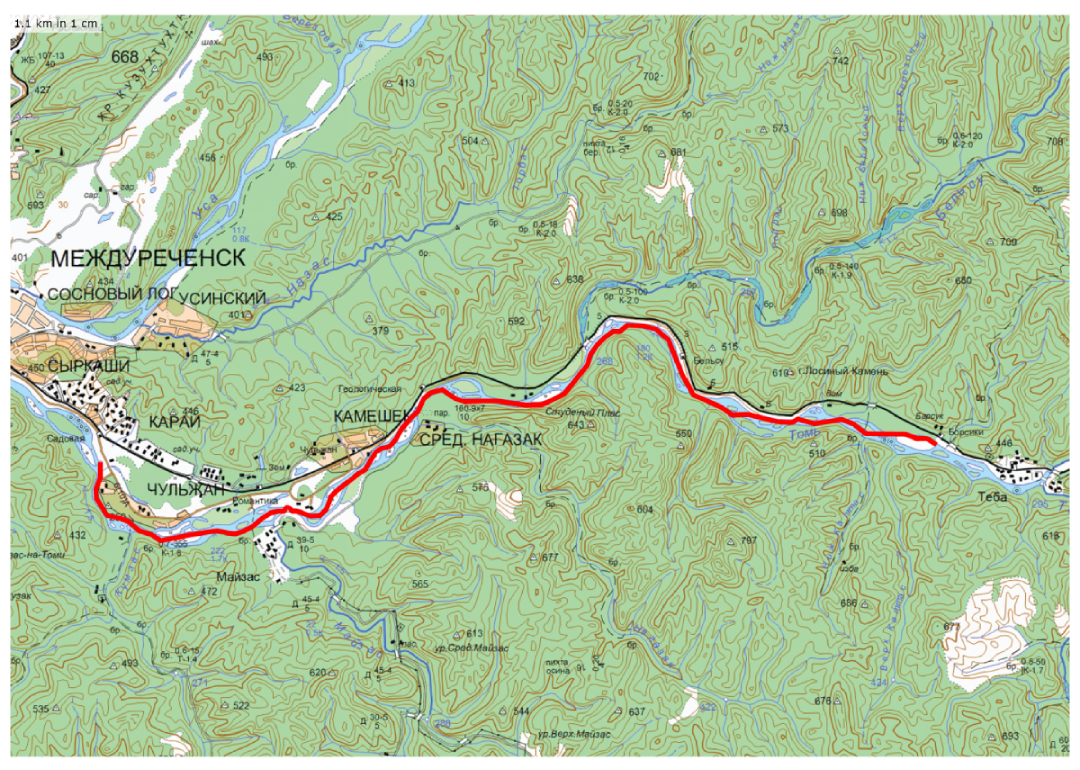 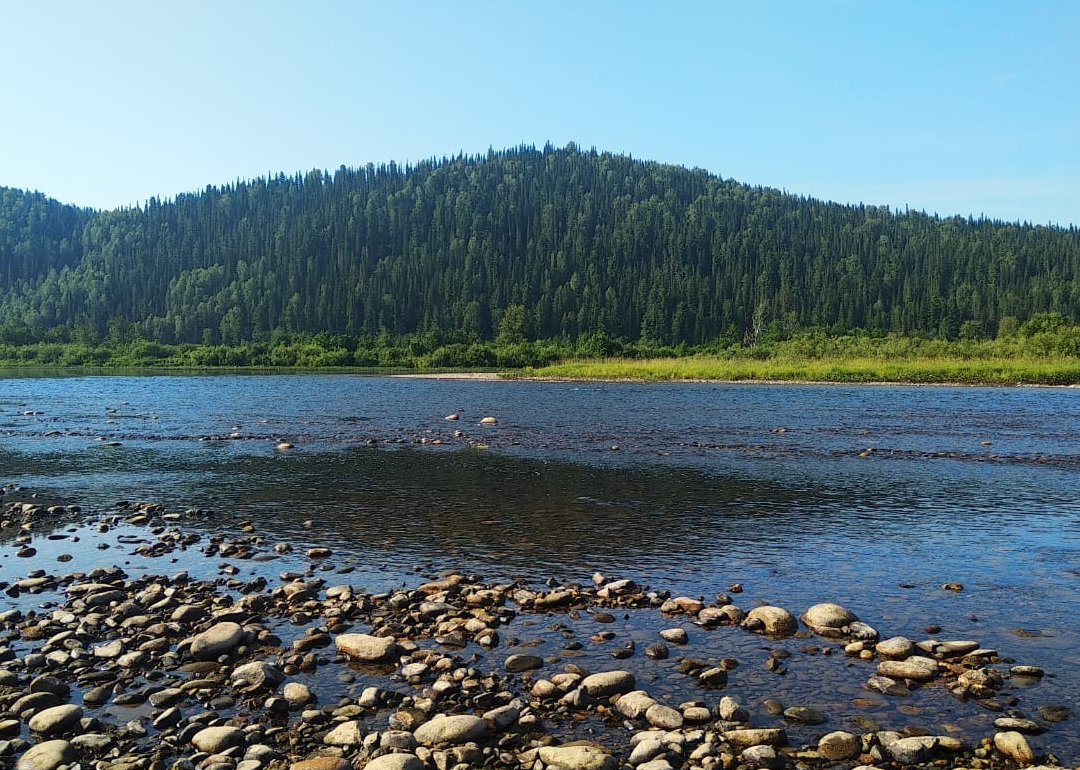 The nature of the Kuzbass region

After the traditional tourist activities in the afternoon - the collecting of cedarcones, meditation, preparing firewood for an evening fire, fishing - in the evening around the fire we remembered the main milestones in the history of the company. For many employees, the trip became a real immersion into the history of the company, the “senior staff”, those who have been working in the company since its foundation shared their memories of how Oleg Sorokin and enthusiastic engineers personally assembled the first samples of the device. 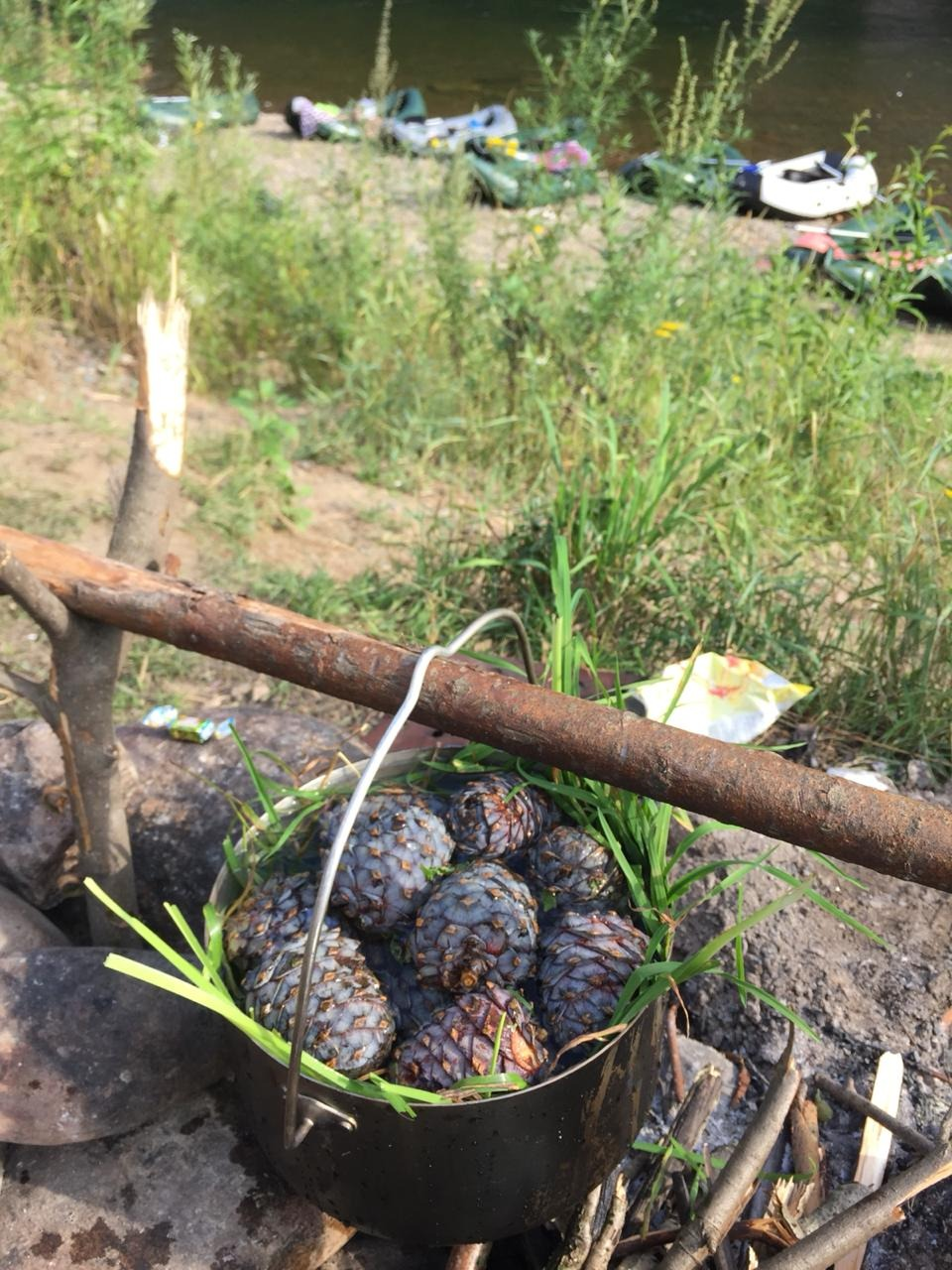 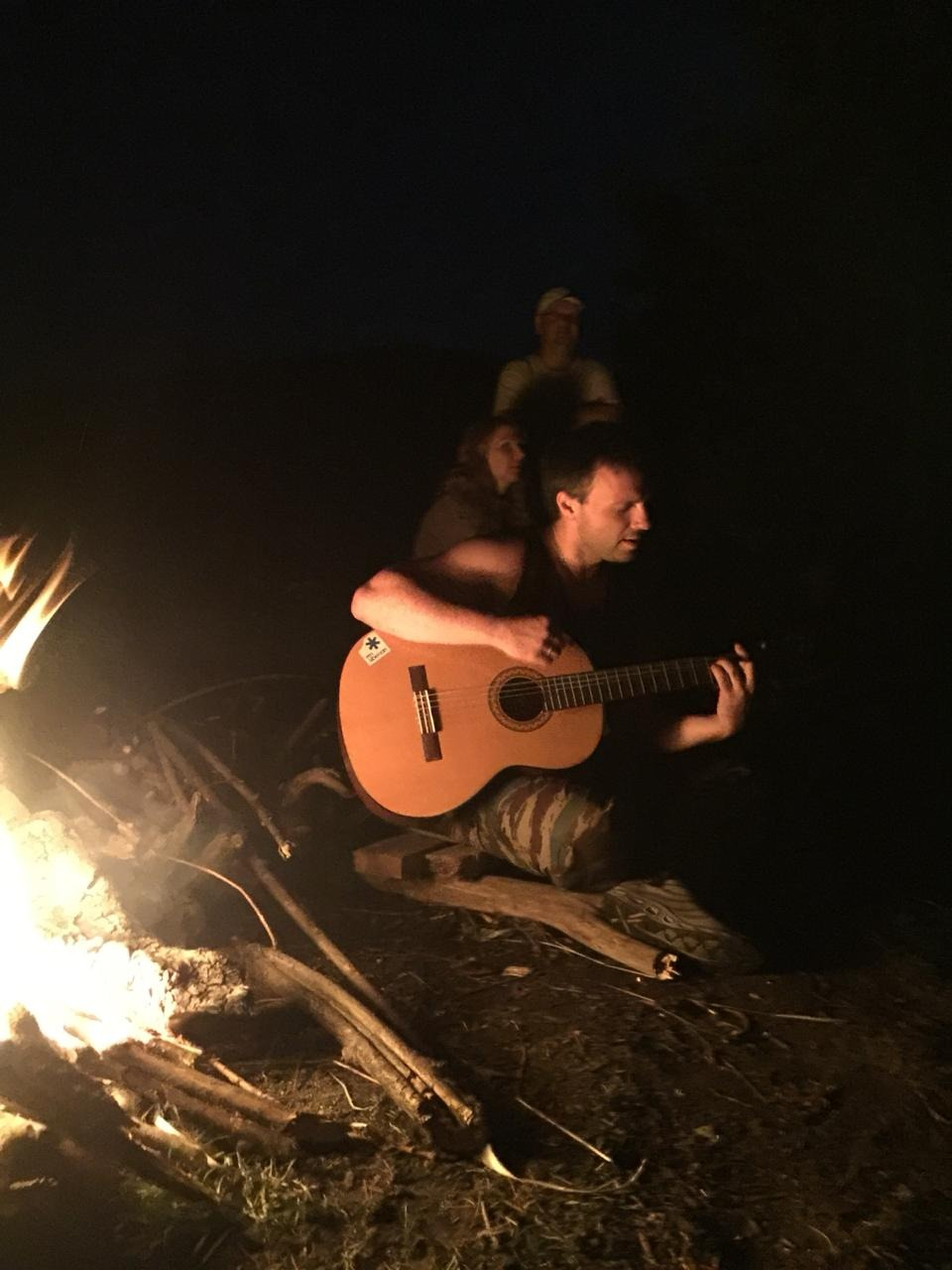 Songs by the campfire 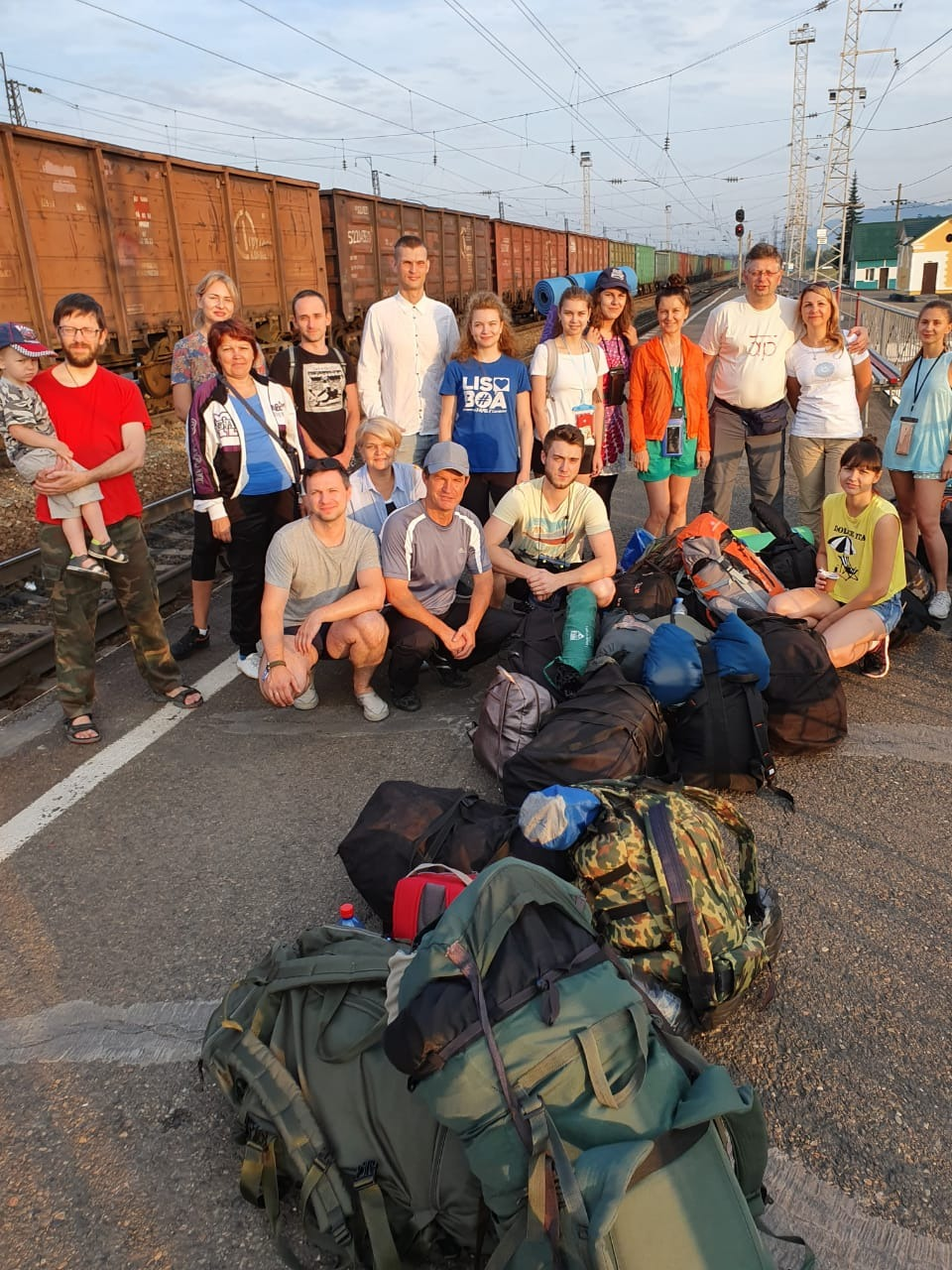 On the third day of the trip the team made the second 6-hour rafting in rainy weather and reached the final point of the route. We wish VedaPulse a fair wind and sail well, because time has shown that the company is steadily moving in the right course.

<--- Previous article
Results of the seminar on pulse analysis in Beirut, Lebanon 2019
Next article --->
Update of the VedaPulse software, September 10, 2019