Vikruti vs. Prakruti or the emperor wears no clothes!

Almost every new VedaPulse user asks: ‘What does your device exactly define – vikruti or prakruti?’ And when he receives the answer that the purpose of the device is the definition of VIKRUTI, expresses sincere bewilderment: ‘How can the recommendations be made without taking into account the PRAKRUTI?’ 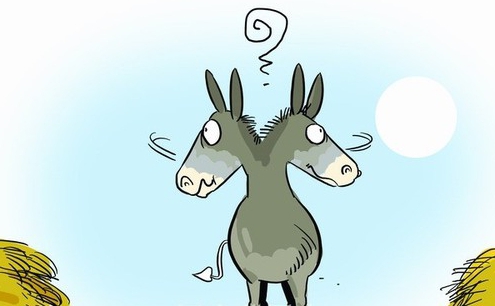 By the way, one very popular book on Ayurveda written by an American author describes only PRAKRUTI, and says no word about VIKRUTI... even the title of the book has a word PRAKRUTI. Let me just avoid naming this author who definitely knows what VIKRUTI is, because he received his education in an Indian Ayurvedic college where he was the star student in the course, then spent many years practicing Ayurveda and deserved a real recognition. But there is no mentioning about VIKRUTI in his popular book. If the user reads only this book, then, of course, he will only want to know how to determine PRAKRUTI... Oh, this is an American approach to simplification...

Well, I'm not an American, and I have a different approach. I will unscramble all the complexity, and this time I would rather do it without recoursing to the higher authority and without quotations from the ancient manuscripts. I would like to act like a little boy in the fairy tale, who shouted: ‘But he isn't wearing anything at all!’ What if everybody can see everything?..

So. Let's imagine that here is the reasoning of the boy, so the language is simple and the examples are also quite childish.

The boy tells us jokes. 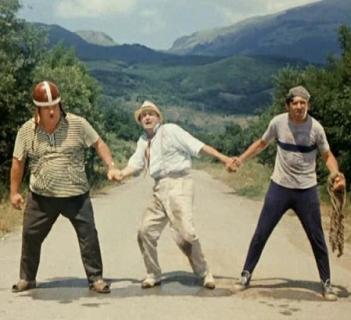 The first joke
Three people were caught: VATA, PITTA and KAPHA (that was their PRAKRUTI).
And they had been kept awake for quite a long time.
VATA was the first who conked out (sorry for the word ‘conk out’, but be sure, little boys say it exactly like this when telling jokes). The second was PITTA and the last one - KAPHA. They all had their VATA doshas out of balance. Can you see? So, how should we treat them - according to their VIKRUTI or PRAKRUTI? Will they die if we treat them according to their PRAKRUTI? I understand that clever books tell us that KAPHA shouldn’t sleep much. But did you know that he didn't sleep for a week already? Should we still be guided by that popular book?.. 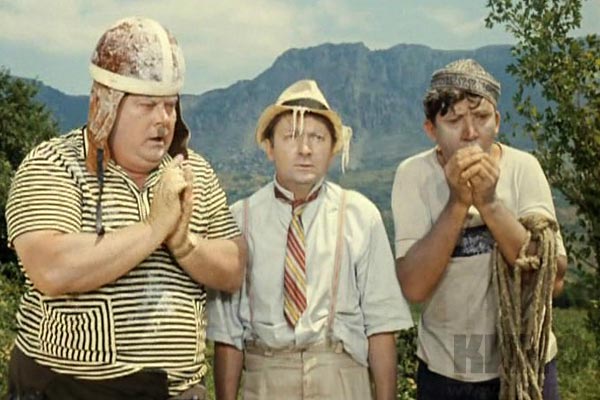 The second joke
Three people were caught: VATA, PITTA and KAPHA
All three were put on the beach under the scorching sun. For a long time.
PITTA was the first who conked out, then VATA, then KAPHA. What type of imbalance do they have? Right, let's say together that they all have PITTA out of balance. All of them, regardless of the initial constitution type came to imbalance of PITTA. That was just a question of how long they had to stay on the beach. 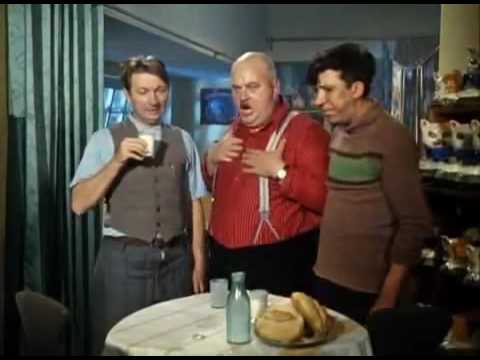 The third joke
Three people were caught: VATA, PITTA and KAPHA
All the three were put in the grid and hung on the hooks, and they were fed with fatty foods, like those geese whose liver the French use to make their foie gras for Christmas table. A cruel joke, but boys telleven worse jokes in the kindergarten, trust me!
Well, the KAPHA’s liver was the first to fail the test, then VATA’s. PITTA lasted the most because of his good metabolism. But finally he gave up too.
Let me remind that PRAKRUTI is an inborn type of constitution and we can predict which type of imbalance the person will most likely be predisposed to.
VIKRUTI is an acquired type of constitution; it indicates the current state of the body.

So, why should we know our PRAKRUTI?

It is necessary to define what the person is most likely predisposed to. It is like ‘forewarned is forearmed’. But, anyway, recommendations should be made according to his VIKRUTI.

It means that the guys from the first joke should be given some valerian and take a rest with more sleep.
In the second joke all boys must be given a cold pack to put on their foreheads, including VATA and KAPHA. Yes! A cold pack for all, and, please, don’t tell me that VATA and KAPHA are ‘cold’ themselves and coldness is not good for them. It is good if they are overheated.
And in the third joke all the three should be prescribed a fasting, then a diet, then some recovering gymnastics according to the basic KAPHA recommendations.

So, we can see that the initial PRAKRUTI, or to be precise, both – PRAKRUTI and the current VIKRUTI – had an impact on the individual ability of the body to resist the influence of the strong shot-term factor. But the power of this factor had a dramatic impact and all the characters of this joke had a short-term change of VIKRUTI due to the nature of the influencing factor. And this change will be detected by the device.

Attention: that was a SHORT-TERM change of the functional state of the body! Long-term factors change it for a long period, short-term – for a short one, after which the body comes back to initial homeostasis. It is really important to understand that PRAKRUTI is permanent and VIKRUTI is highly variable.

Let’s define two components of VIKRUTI to describe its dynamic nature: basic and short-term.
• Basic component of VIKRUTI is formed with an influence of long-term factors
• Short-term trends of VIKRUTI are the reaction to short-term factors
But still both are VIKRUTI. However, usually we use term VIKRUTI when we mean the long term component, which has to be compensated. But quite often w need to help the body compensate the short term trend. On the one hand, if a trend is a short term one, then it's likely that the body will cope with it by itself, but it is better not to torture a patient and help him and prescribe special remedy for this period.

What else should every person reading a pulse know…
It doesn't matter which method of pulse reading is used - computer pulse analysis or traditional pulse analysis by means of palpation – the heart rate will always reflect the current functional state of the body. While doing the analysis it is important to realize what exactly do we want to see - an influence of some short term factors or long term trends. Both are important tasks.

For instance, let’s imagine that our patient often flies and it is hard for him to recover after flights. 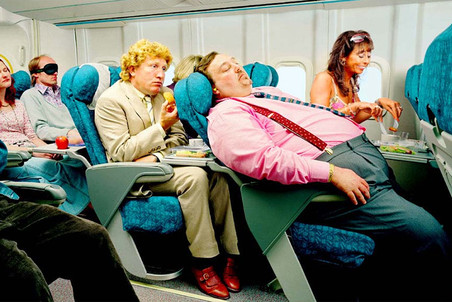 Let’s make two assessments:
One in the morning, moreover, we will choose a day where before that day the patient didn't fly for a week and had a calm way of living, and his functional state will reflect long term component of VIKRUTI. The second observation we will take right after he comes back from the airport after a long flight. In this case we will see short term component of VIKRUTI. Compare these two observations and you will see how strong that influence is and how to better help him in such situations.

Besides! Besides! Besides! Now we will look into this question deeper than it was done in our jokes.
Frankly speaking, I made it sound too simple for a better example, however, in real life it is often much more complicated.
But let’s look at another example – the situation with a flight. A flight itself is a strong VATA-factor, but the reaction to it will be different:
• One person will be nervous, the flight will adrenalize him and he won’t be able to sleep for a long time after coming back home. This is VATA-reaction.
• Another person will become irritable and conflictive – PITTA-reaction.
• Someone else will feel seedy – KAPHA-reaction.
Some dual doshas can become stronger, i.e., the person will feel nervous excitation and weakness at the same time – VATA-KAPHA. Strong excitement and being on the edge and ready to blow a gasket at any time – VATA-PITTA.
Moreover, the reaction will change and have several stages, for example, long term nervous excitement will drain the strength and give place to drowsiness – VATA-reaction will change into KAPHA-reaction. If we make several observations, we’ll be able to see the peculiarities of an individual reaction in detail, compare each observation with the results of a questionaire and based on all this we can make a conclusion and estimate whether this state needs correction and what type of correction.

Literally just now, while writing this article, I spoke on the phone with Oleg Sorokin who is now on his business trip to India at an Ayurvedic congress and he told me that Indian experts highly appreciated it because the device is very delicate and can register any trends.

Coming back to the question whether it is possible to define PRAKRUTY using the VedaPulse? Actually, it is possible. At least, as an additional tool it will be really useful. Later here I will explain how to do it. I’m not by any means rejecting the astrological method of defining PRAKRUTY. I just recommend VedaPulse as one of the appropriate tools to define PRAKRUTY.

Well, as PRAKRUTY indicates the basic regime, a state of an individual physiological norm (as well as weakness), then, if we regularly make patient’s assessments and compare their results with the dynamics of his way of living, we would get an enormous and persuasive statistical material. It will become clear, on which factors does this person react more: VATA-, PITTA- or KAPHA-factors. And to which constitutional state he returns to after eliminating the stress-factors…just make assessments regularly and you will understand everything. Once I performed an interesting experiment. In the middle of the day I asked a group of people to lay on the futon and relax and I told them to sleep a little. 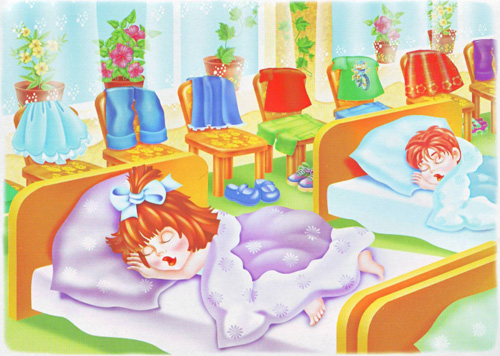 I made assessments before they laid down, while they were lying down and after. And this is what I saw… The fact of making people to sleep during the day itself became a micro-stress for some of them. Because it is a change of functional state and it takes a reorganization of the body’s functional state.
And at the level of trends I discovered that all people react differently to such reorganization. Someone became excited, different thoughts were crossing their mind and prevented them from falling asleep. Correspondingly, here we could notice a rise of VLF – spectrum (VATA-factor). Someone had a reaction of LF – spectrum mobilization (PITTA-factor) – as the say were ‘wide-awake’, and someone relaxed easily – at once their HF– spectrum increased (KAPHA-factor).
Trends could be detached easily. The same stress-factor entailed different first reactions. Of course, finally all of them relaxed (the silence and cosy mattresses won) and I could see a rise of HF– spectrum. But the very first reaction was individual and indirectly indicating their PRAKRUTY. Let me add that only indicating but not guaranteeing that it was exactly their PRAKRUTY. Using only tests it is hard to separate PRAKRUTY from the long term VIKRUTY component.
But the main idea is to find out a long term compensation program. And it is absolutely doable task.
So will we keep saying that we should make our recommendations according to PRAKRUTY? .. 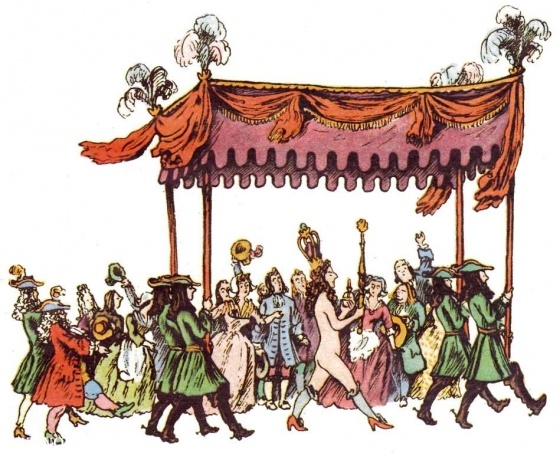