VedaPulse is an expert system, which allows Acupuncture specialists (or TCM specialists) to conduct analysis of the functional state of the organs and systems – the so-called “pulse of the organs”, evaluate energy in “channel system” and form individual acupuncture prescriprion, backed with atlas of BAP according to WHO recommendations. 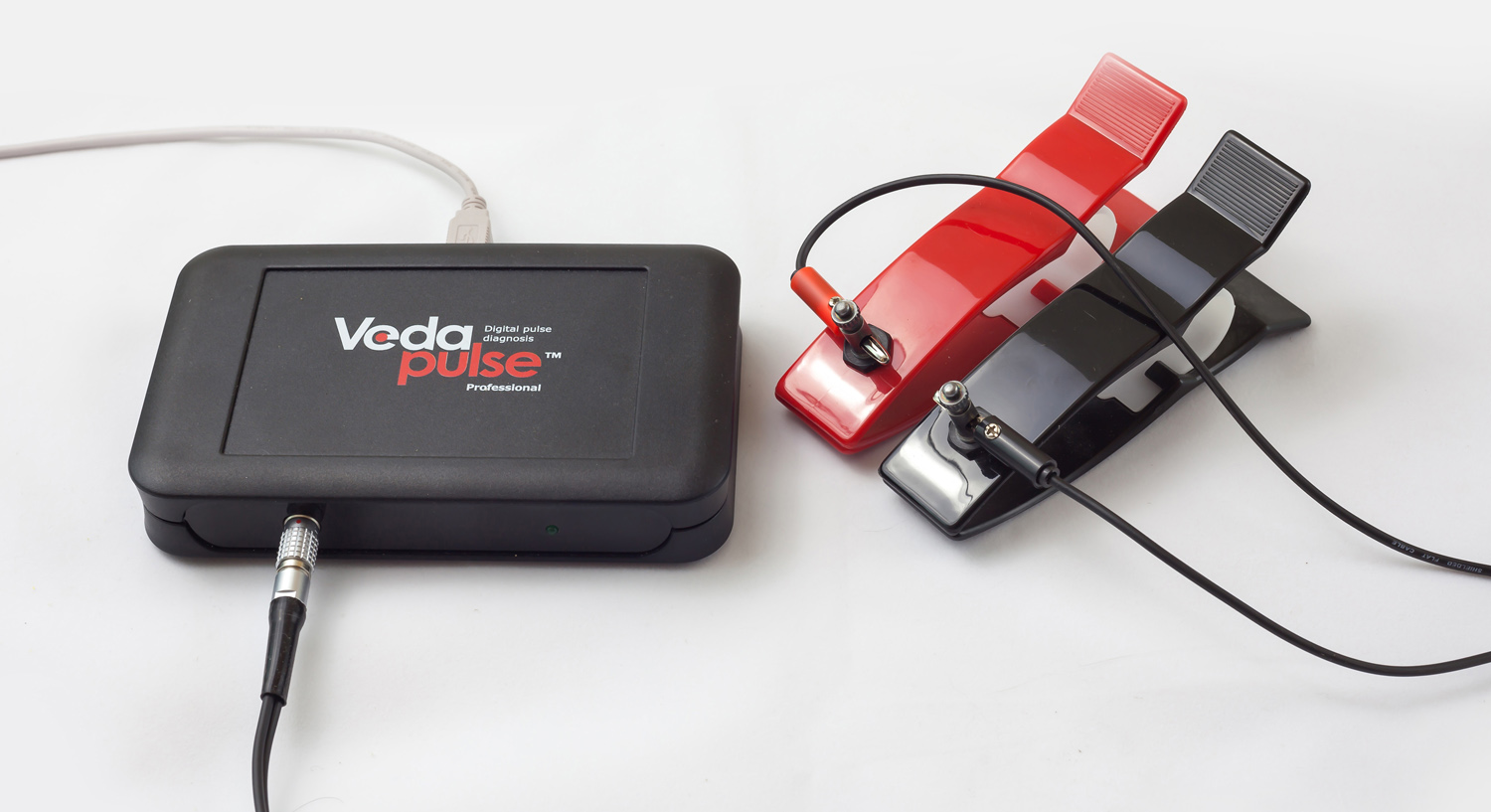 Evaluation of energy in 12 main meridians

Creation of prescription for Chinese feet therapeutic massage of the reflective zones.

Uniqueness of our method

Our method is based on a scientifically proven fact – heart rhythm is connected with the regulation of all functional systems in our body. Doctors of the Ancient times knew it, and today this question is studied in detail. 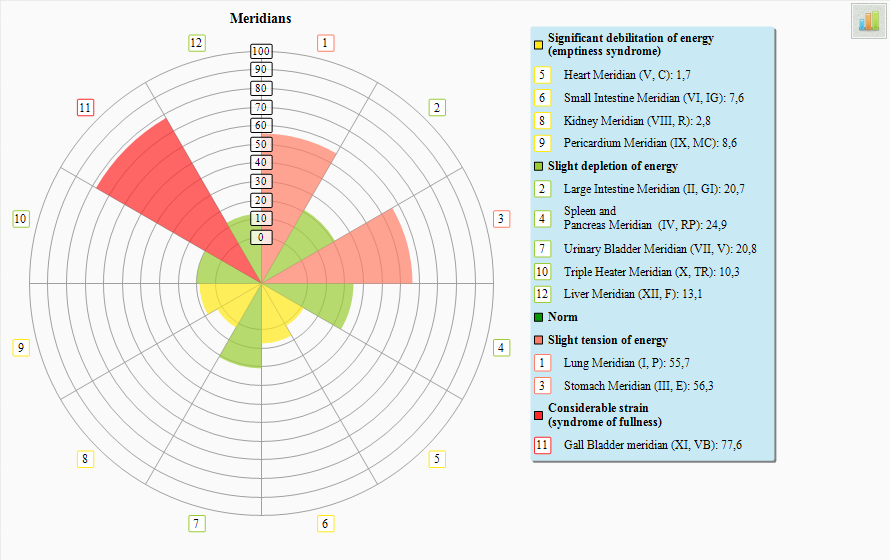 Evaluation of energy in 12 main meridians 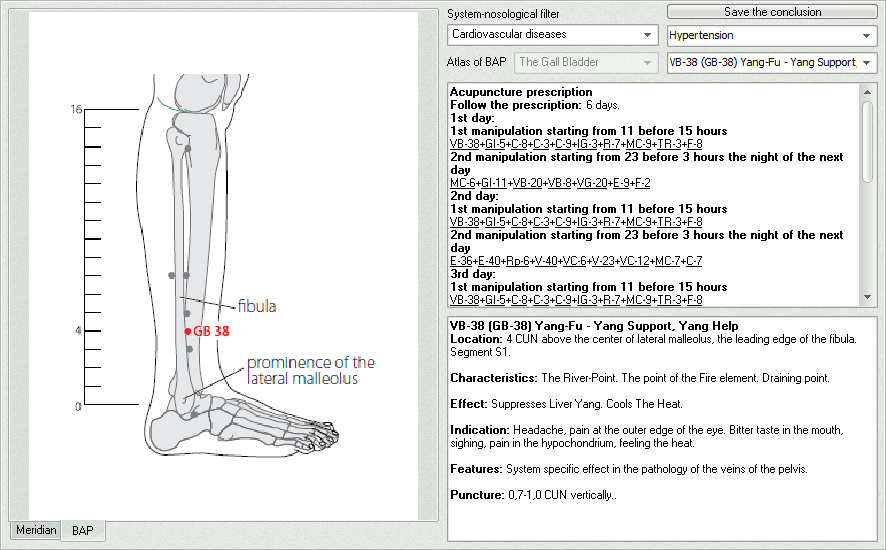 While creating acupuncture recipe, combination of the traditional and contemporary approach to the analysis of the heart rhythm not only gives reflexology specialist an ability to follow traditional approach while analyzing 12 existing organs, but to also assess dynamics of rehabilitation – to rely on the acknowledged method of heart rate variability. This acceptance and acknowledgement by the science of the exceptional role of the heart in regulation of the functional systems in the body is extremely important.

The truth is that scientific recognition of the reflexology goes really hard. Even its legal recognition was within the frames of “traditional medicine”, which is out of the boarders of scientific, proven one. That is, you are free to use it, but its effectiveness has not been scientifically proven. For us the fact of the effectiveness of reflexology cannot be questioned. It is proven by both centuries-old experience of traditional medicine, and our personal experience as well —people working with VedaPulse and its expert extensions verify it.

It is hard to convince people that the method is not proven, when there were multiple cases of modern medicine approaches failing to give any results and patients were suffering from heavy pains, but only after a first session of reflexology they felt like new men. There are tons of such cases!

But the real world is full of paradoxes. There are an awful lot of scientists with brilliant minds when it comes to the subjects allowed by “science”, but they are wearing blinders when it comes to understanding the experience of the traditional medicine.

In this paradoxical situation, the role of VedaPulse is unique. The power of VedaPulse lies in the combination of traditional and scientific approaches - not the opposition of one to another, but the synthesis of these two paths provides new opportunities for a researcher, and for physician practices as well.

Traditional knowledge, in particular reflexology, is a priceless gift of the ancestors. Scientific approach also reveals the incredible boundaries of knowledge. New opportunities can be opened as a result of such synthesis. These capabilities cannot be obtained if they are confined within the tradition or limited scientific knowledge. VedaPulse is the boiling point of two paradigms. Using algebraic analogy we can say it is not even adding to the possibilities of the two approaches, it is a square degree, the transition to a new level of knowledge.

Usually, modern reflexology specialists use electropuncture diagnostic equipment, created on the basis of Voll and Nakatani, or their derivatives. We are offering something completely new, but, like they say, history repeats itself. Only during the last 60 years reflexology has received a method of measuring electrical resistance of the skin. Moreover, even thermal diagnosis, which can be done without any electronic devices, could exist in theory for a long time, but it was developed only in XX century by the Japanese doctor K. Akabane.

Catch 22, isn’t it?
Reflexology itself has been known for a long time. In particular, tattoos of the Tyrolese mummy buried for 5000 years in the glassier, correspond with the acupuncture points used for the treatment of rheumatism and stomach diseases – those, which an ice-man could have.

Main methods of diagnosis used in the modern acupuncture were created only during 50s of the previous century. There are other methods of express testing, which we will not name in order not to provoke unnecessary disputes. We will just point out the fact that they have very scanty history.

This is the main paradox of the modern reflexology – combination of the ancient tradition with diagnostic methods, having no historical roots.

One of the most important methods of diagnosis, which is traditionally used in Chinese medicine, is pulse diagnosis. 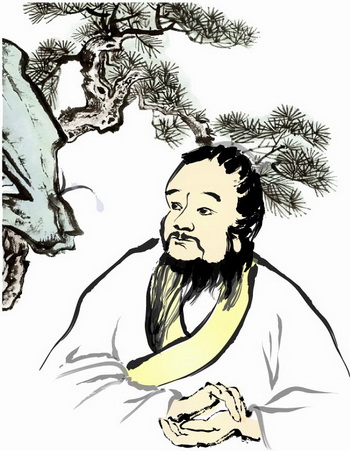 Studying the pulse was recommended by the legendary Chinese doctor Bian Que, who lived in the VI century b.c. and considered to be the pioneer of all traditional Chinese medicine.

More about the history of traditional pulse diagnosis. 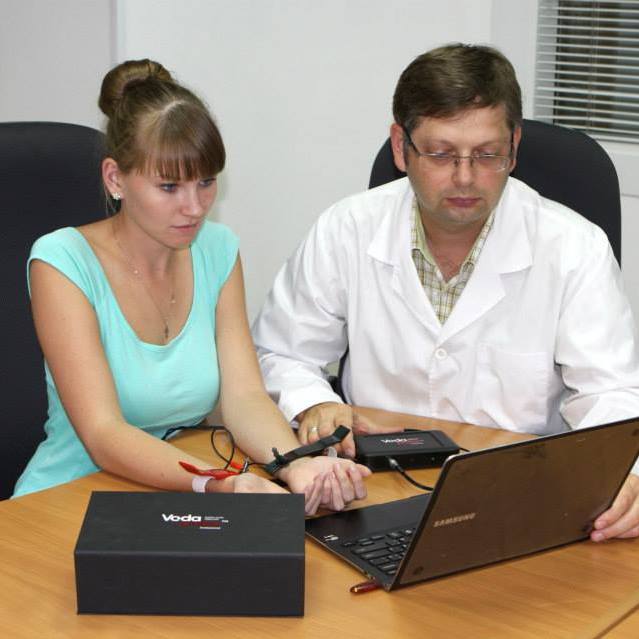 Method of analyzing the heart rhythm, which is used in VedaPulse, connects the traditional approach with the modern algorithms of heart rate variability. This is our fundamental difference from other techniques. We rely on both tradition and modern scientific knowledge.

What is common in all electropuncture methods?

Absolutely all methods, which use skin and galvanic test, are based on the circumstantial evaluation of the energy in acupuncture channels. There is a supposition laying at the basis of them all – any change in the electrical resistance of the skin at biologically active points on the surface of the skin correlates with the Qi energy condition in the corresponding channel.
Regardless of the author’s technique – Voll, Nakatani or other, regardless of the way the signal will be interpreted – manually or automatically, by the program drawing the futuristic picture of the energy field – these are details, they do not change the essence.
If there is an electrode, which should be applied to BAPs – this type of diagnosis is based on circumstantial evaluation of Qi energy. This is the elegance and divisiveness of the methods, which became a regular fixture of the modern reflexology.
Everything is concealed in a straightforward scheme – to evaluate the BAP with bad electro conductivity and draw a conclusion – Qi energy is blocked there. Next step – apply a needle, laser or something else to that BAP and Qi circulation will resume. This is a simplified explanation, because usually more complex schemes are used, but the main point stays the same. Anyways, this explanation is better than piling up scientific words, which are used in the manuals by the manufacturers.

We are ready to answer your questions.

You can also contact us using the form below to get consultation or purchase VedaPulse, we will get in touch with you soon.