The theory of three biological forces – dosha – is only the outer shell of a deeper Ayurvedic concept, in which each of the doshas is the quintessence of five complementary systems of regulation. They are called “subdoshas”. The concept of “subdosha” appears in later treatises by Sarngadhara, Bhavamisra and other authors of Ayurvedic texts. Specification of the “dosha – subdosha” connection allows to deepen the understanding of the pathogenesis (mechanism) of disease and/or dysfunction. Five names of the Vata dosha’s subtypes in Sanskrit are formed by adding different prefixes to the root “an-”, which means “to breathe” or “to supply energy”. Let’s give them a description. 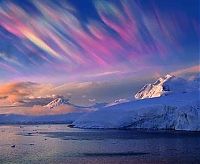 Prana (in Sanskrit, Prāṇa, pra+an+a) – literally means “what gives life and allows you to exist for a long time.” The main meanings are the type of Vata dosha; the strength; a poetic symbol of the soul; the life. In yogic concepts it is considered, that thanks to the process of breathing, prana provides energy to the “pranic (etheric) body system” of Nadi channels. This energy “enlivens’ the material processes occurring in the physical body. To maintain life alive developed materia must form a non-equilibrium state in relation to the environment (process of negentropy). Such basic processes as osmosis, diffusion, active substance transport through cell membranes are possible only with the permanent spending of energy that enters the body with prana. The simplified representation of prana by physiologists is associated with the oxygen necessary for the oxidation (combustion) and energy production in cells. However, prana is not an oxygen; rather, it is the energy that is extracted from the complicated process of tissue respiration. In other words, prana can be compared with electricity, which enlivens the TV (the physical body) and without which it’s just a pile of plastic and metal.

In modern Biophysics, there is an equivalent for the “prana” concept: delocalized (i.e. not tied to a specific molecule) electronically excited states that may migrate in the tissues and carry energy according to the known physics laws. Accepting (absorption or utilization) of that energy by the cells (or its structures), as well as its sources of generation (as a variant, oxidative processes in tissues with the participation of water molecules), its concentration, and most importantly, control over the process remain to be unknown to modern science.

According to Ayurveda, it is believed that the prana is concentrated in the brain and controls many unconscious visceral functions (controlling stem structure of the brain). Primarily, it is the control over breathing, which is essential for the maintenance of prana in the body. It regulates the senses, the mind, heart and consciousness (David Frawley, 2004). Apparently, the regulation of feelings (i.e. sensory systems – analyzers) that perceive information from the surrounding world, is connected with the change of the threshold of perception that has been proved in physiology in the form of changes in the degree of excitability of sensory cells (neurodendrons or highly specialized secondary sentient sensory cells of distant analyzers). Mind regulation, possibly, is linked to the cycle of sleep-waking, which determines the functional state of the nervous system through toning structures of the reticular formation of the brain stem. Regulation of heart, perhaps, is related to two factors – firstly, often under the concept of “heart” one means emotional sensations (Ahamkara), and secondly, it is the control of physiological processes in the heart as an organ of blood supply.

As far as, according to yoga, our soul expresses itself through the heart, it becomes clear why it is the prana that regulates the degree of manifestation (enlightenment) of our consciousness in the material world. It connects us (the identity of this embodiment) with our inner man (true immortal personality).
Prana is our share of the cosmic vital energy, which controls all other types of Vata dosha in the body.
Energetically, according to yoga, prana is related to Sahasrara-chakra. 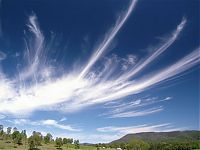 Udana (in Sanskrit, Udāna, ud = ūrdhva, ud+an+a), literally means “what goes up”. Main meanings: the type of Vata dosha; the navel; the species of snake. If the prana is the life force that we assimilate from the world around us (through the breath and nutrition), then udana is the transformed by body prana, which was mastered and directed at the regulation of other physiological processes.

Located in the chest and concentrated in the throat udana controls the exhalation and speech, and is also responsible for memory, willpower, and conation (David Frawley, 2004). The physiological equivalent to the “udana” concept can be considered the entire neuro-sensory information about the state of the visceral organs, which enters the brain (i.e., as I said, the air moving upwards) through the afferent (sensory) nerves from the upper half of the body (i.e. the chest). As the flow and quality of this sensory information can be controlled through conscious control of breathing (exhalation), then practice of yoga is connected exactly with the development of udana. Udana defines our karmic life aspirations.
When it develops to perfection, man starts to get control over the different mental abilities and can go out beyond the boundaries of the ordinary world. By the way, one of our technologies is a hardware – software complex “VedaPulse Home” helps a person who practicing yoga and meditation to master the skills of conscious control over udana through the process of cardiobiofeedback. Also our technology is used for learning the skill in the treatment of psychosomatic disorders (primarily cardiac orientation). Therefore, we strongly suggest experts and practitioners of Ayurveda to use the biofeedback technology, which will form the skill of self-regulation through teaching proper yogic breathing.
It is believed that at the time of death udana separates from the body and directs us in the subtle worlds, depending on our will and karma acting through the udana.
Energetically, according to yoga, udana is associated with the chakras of Vishudha and Anahata. 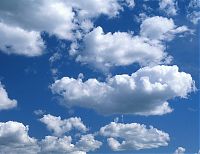 Samana is located near the fire of digestion, moves everywhere in coshtha (the digestive tract and abdominal organs), holds food in the digestive tract, digests it, separates the essence and waste, which then removes. Thus, Samana is concentrated in the small intestine and is a nervous force that controls the digestive system (David Frawley, 2004).
From a physiological point of view, it is about the nerve ganglions of the solar plexus involved in the control of the digestion process (secretion, peristalsis, absorption, etc.). The main purpose is to control the extraction of prana from the food and its utilization by the tissues.
Energetically, according to yoga, Samana is associated with Manipura chakra.

Viana (in Sanskrit, Vyāna; vi+an+a, vi = vyāpti), literally means “a penetrating or diffusing air”. Main meanings: type of Vata Dosha; penetrating.
Viana is concentrated in the heart and spreads through the vascular system throughout the body. By controlling the circulatory system, Viana controls muscle tone, speed of nerve impulses, the nature of internal secretion.
From a physiological point of view, we are talking about the transfer of prana (energy) through the blood to the organs performing control of locomotion and glands of internal secretion.
Disorders of Viana are related to the problems of blood pressure, the number of autoimmune processes in the muscles (myasthenia) and nerves (multiple sclerosis), and endocrinopathy (diseases of the endocrine glands). 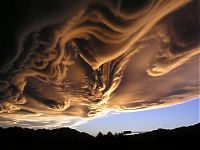 Apana (in Sanskrit Аpāna ; apa+an+a) – literally means “what promotes life, bringing the products of life activity” or the “moving down air”. Main meanings: the type of Vata dosha; the colon.
Apana is concentrated in the colon and manages all nerve impulses directed downwards. Apana enables the body to remove seed, menstrual fluid, feces, urine and fetus during childbirth (David Frawley, 2004).

Physiologically, Apana is associated with the sacral plexus controlling organs of the lower area of the abdominal cavity and small pelvis (large intestine, urinary system, reproductive system).
Energetically, according to yoga, Apana is associated with Swadhisthana and Muladhara chakras.
As udana – the rising air – carries our life force up and contributes to the evolution or liberation of consciousness, apana is the downward air – bornes it down and leads to regression or limitation of consciousness. However, Apana supports and controls all other types of Vata, and its violations are in the basis of most disorders of Vata type. Therefore, in the treatment of Vata disorders one should first pay attention to the treatment of Apana.

A screenshot of the “Subdoshas” tab in the “VedaPulse” software