Transcranial stimulation technologies at your fingertips

Introducing VedaPulse-TES device intended for transcranial electrical stimulation (TES) of the brain. By providing a multi-faceted health-improving effect based on the initiation of opioid or ‘happiness’ hormones, TES proves to be a unique technology that is able to aid in a variety of health-related matters. 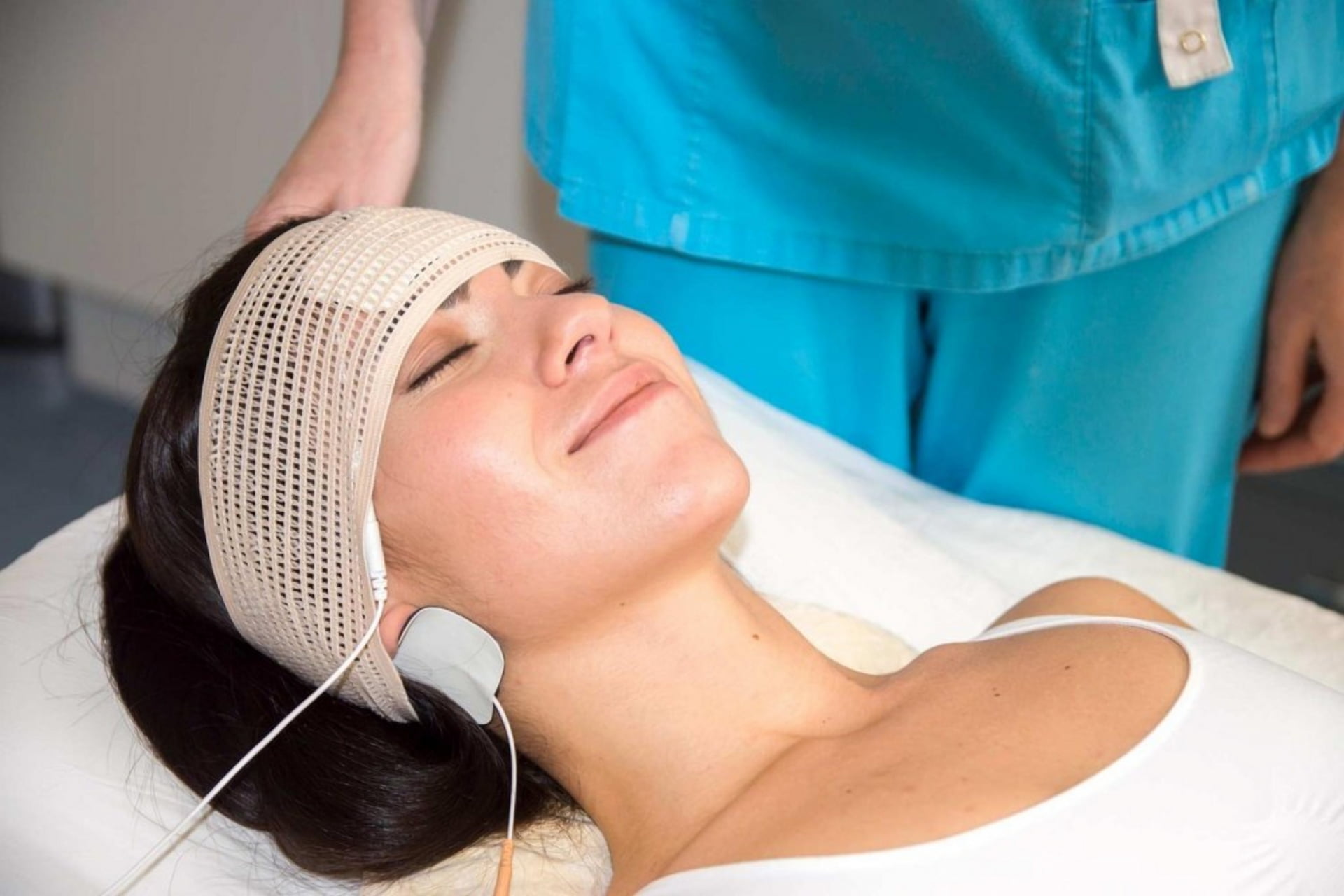 TES approach was developed by a group of Russian scientists led by PhD, Professor of the Russian Academy of the USSR V.P. Lebedev.

TES therapy is a non-invasive and drug-free method of stimulating the brain by lesser electrical impulses with a wide range of effects and proven efficiency.

During transcranial electrostimulation, the release of opioid hormones increases several times. These hormones are neurohormones and neurotransmitters (endorphin, encephalin, serotonin) and they have a powerful analgesic and energizing effect, reduce the sensitivity of the nervous system to stress, and decrease depression.

TES is carried out by weak currents through electrodes exposed to a client's head. It has been clinically proven that just in 10 minutes of stimulation, the amount of opioid hormones in the brain increases 2,5 times, and in the spinal fluid – 3,5 times.

How does the VedaPulse-TES device work?

Transcranial electrical stimulation is a simple and safe procedure with high efficiency. It works due to an electromagnetic field exposure and a weak current flowing through electrodes placed on a forehead and behind ears, and activates the protective mechanisms of the brain. TES is carried out in a comfortable position (lying or sitting).

The procedure lasts from 10 to 60 minutes, a course is from 1 to 16 sessions daily or every other day. Timing, duration, and intensity of the procedure are determined individually depending on the indications and clinical history.

The main effects of the TES therapy are: 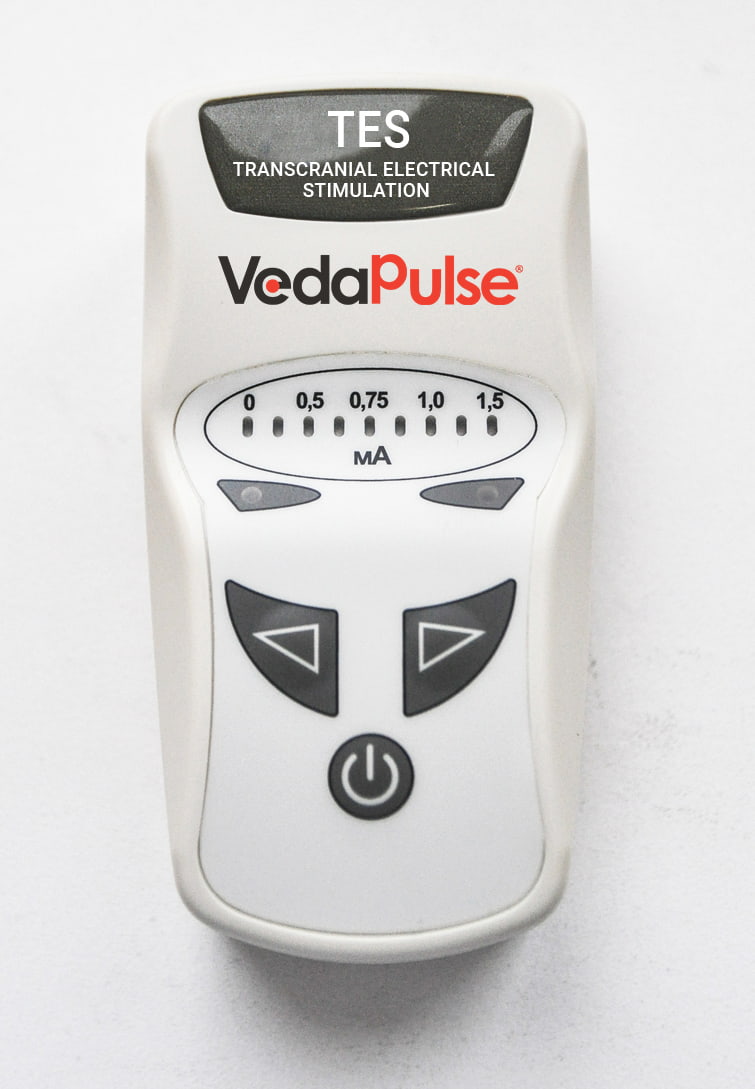 Benefits of the TES therapy:

Application of the TES therapy:

We're back with a new study on transcranial electrical stimulation (TES) that was used in 33 women of reproductive and premenopausal age with urination disorders and complaints of uncontrollable urge to urinate, frequent urination more than 8 times a day, urinary incontinence of varying severity with urge.

Transcranial electrical stimulation was performed with bipolar current according to the standard procedure for 10 subsequent days.

The analysis of daily urination indices shoed that after TES therapy in patients with detrusor hyperactivity there were no significant changes in the daily number of urinations, while in patients with hyperactive bladder without detrusor hyperactivity TES led to positive dynamics in all checked parameters of the daily rhythm of urination. Thus, the frequency of urination significantly decreased on average from 12 to 8 times a day, the frequency of uncontrollable urge to urinate - from 5 to 2 times a day. With mixed urinary incontinence, efficacy against urgent symptoms and a tendency to decrease the number and frequency of involuntary urine loss was noted. It should be mentioned that in all patients, the full course of TES therapy was carried out without any complications. Patients observed a significant improvement in their psychoemotional state after the treatment, better sleep, mood and decreased anxiety.

As a result, the clinical effect when using TES as mono-therapy was achieved in 66% of cases. TES therapy is clinically effective in hyperactive bladder without detrusor hyperactivity, regardless of the age of patients. In patients with detrusor hyperactivity, TES therapy complements the clinical effect of pharmacotherapy. The perspectives of TES therapy for urinary bladder dysfunctions are determined not only by the effectiveness against the symptoms of a hyperactive bladder, but also by the absence of side effects, as well as the possibility of treatment at home using individual portable devices.

Technical description of the VedaPulse-TES device:

Enhance the effect of your meditation practice with the TES therapy! Feel the transcendental meditation and endorphin boost almost immediately!

Combined use of the Meditation (Biofeedback) software module and the VedaPulse-TES is your key to objective evaluation the ANS balance, energy and stress levels during TES procedure.

Beta-endorphin production is activated in the brain within just 10-15 minutes after the start of the session. Its concentration increases significantly in the brain and blood, giving relaxing, sedative effect and contributing to deeper relaxation, that facilitates entry into transcendental states. With the help of the Meditation module, you will be able to visually assess and compare the dynamics of the client's condition before and after the TES procedure. 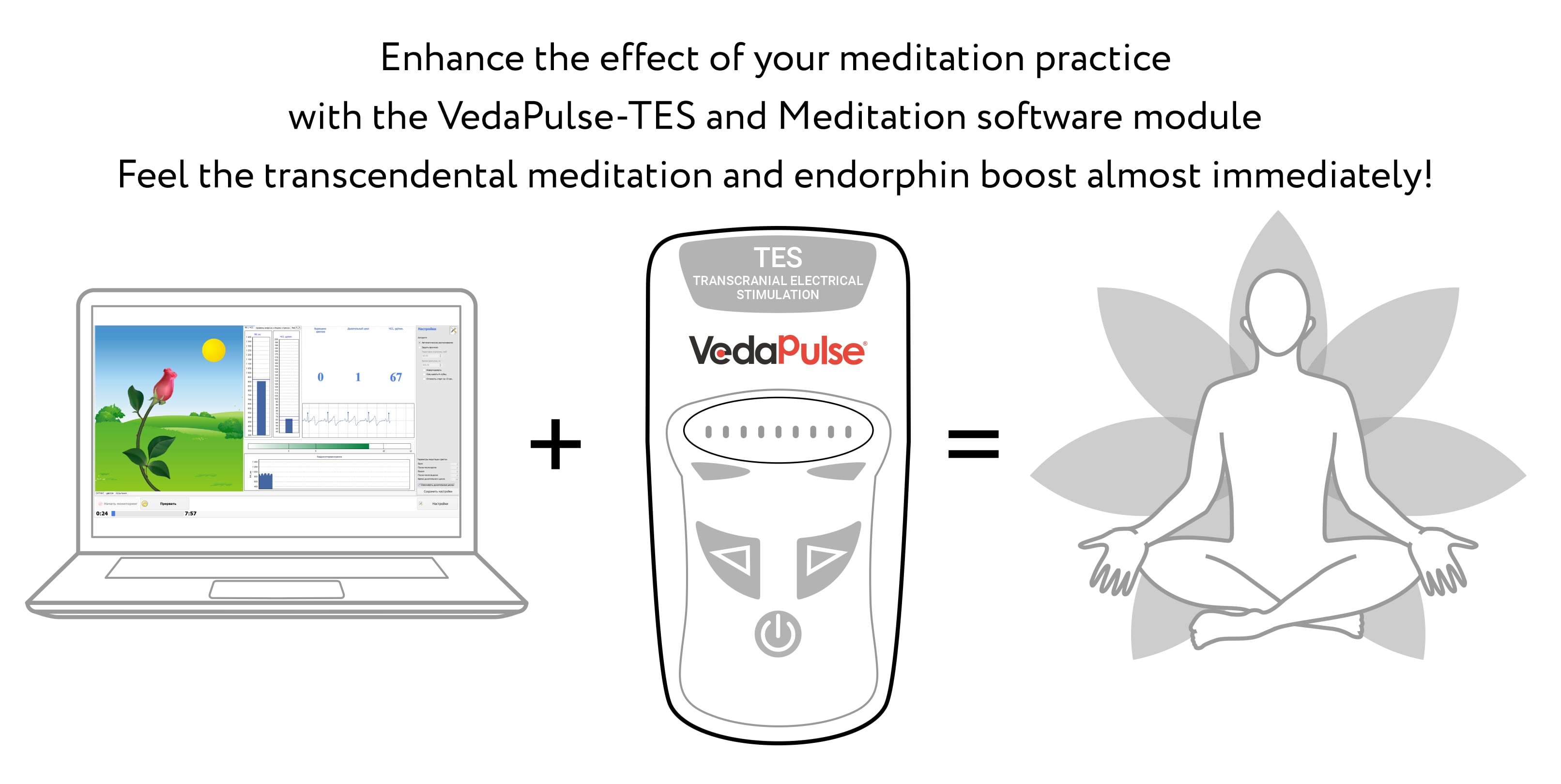 VedaPulse-TES is a true game changer for all CAM practitioners, who use traditional medicine modalities, including naturopaths, massage therapists and other specialists consulting in the field of healthy lifestyle.

VedaPulse-TES is so easy operate that it is suitable for both professional and home use – this is your additional stream of income!

Get a free quote