Dear colleagues, we start a series of articles dedicated to the new module “Nidan”, which extends abilities of the “VedaPulse” in assessing deepest and causal processes of disease development from the perspective of traditional Ayurveda.

Nidan (Sanskrit Nidānam) — in the broadest sense, the root cause of anything, in Ayurveda-sastra — the cause of the disease or the doctrine of causation (etiology).

This module will contain the following tabs:

In this article we will talk about the Ayurvedic histology — the conception of “Sapta-dhatu”: the seven components of the human body. We’ll scrutinize the structure of body tissues, their functioning and possibilities to quantify the processes of “tissue nutrition” by “VedaPulse” according to the Ayurvedic medicine.
In Ayurveda-sastra, dhātu means “that which lies at the heart of smth.”, the closest concept is “tissue”. It had been described in all the canons — by Charaka, Sushruta, Vagbhata, Sharngadhara, Bhavamishra etc.

Thus, according to Ayurveda, the human body consists of seven tissues (dhatus) which form a kind of material layers of the physical body — from coarse to more subtle.

Let’s list the main dhatus which are distinguished in Ayurveda: 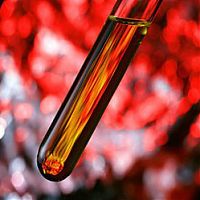 1. Rasa — the first of the body tissues, the essence of a digested food that is carried by the blood to all tissues of the body). Literally it’s compared to blood plasma. According to modern views, it’s about body fluids which make up its internal environment and providing homeokinesis — the dynamic maintenance of a constant internal environment of the body. The internal environments include:
• interstitial fluid (fluid of intercellular substance), which is a true internal environment of an organism;
• blood plasma, which provides transport of nutrients and signaling molecules throughout a body and their exchange with the tissues in a microvasculature;
• lymph, which is a product of the interstitial fluid, it is drained from the tissues and returns to the blood;
• a number of other specific body fluids such as cerebrospinal fluid (spinal fluid), synovial (articular) fluid, fluids of pleural and pericardial spaces, etc.

The composition of all fluids is similar, as there is a continuous exchange between them in the body, but at the same time, there are significant specific differences due to the location features of fluids. The nexus of all the internal environments of the body is blood plasma. That’s why the Sanskrit “rasa” is associated with blood plasma as an integral marker of interaction between an external (nutrition) and internal environments. 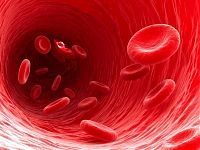 2. Rakta — the second from the body tissues, which is formed of the rasa in a liver and spleen. Literally this is blood, but correctly is to associate it with cellular elements of the blood. Blood cells aren’t formed in the liver and spleen, but these organs play a vital role in their development and elimination (deletion) during cellular aging (for example, the average life span of red blood cells is 120 days, after which they are removed from the blood by reticuloendothelial system cells of the liver, spleen and bone marrow). In the blood, there are several basic types of cells which are transferred by it and carry out their specific functions.

First, these are erythrocytes containing hemoglobin and transferring gases (oxygen and carbon dioxide). That’s why it is believed that the blood carries prana. In this case, it’s associated with the oxygen that is needed by the body for all the redox processes, the result of which is the formation of energy in cells.

Second, these are white blood cells, which carry out the functions of immune defense against foreign genetic material, as well as own altered and damaged. White blood cells and the immune system generally are associated with the concept “Ojas” — the quintessence of primordial energy that is given to a person at birth. This energy is consumed irrevocably with each heartbeat, and an irreversible process of aging begins when ojas is reduced on 2/3. According to modern views, white blood cells (correctly — some of their sub-populations) are involved in the complex mechanisms of morphogenesis (development) and recovery of organs, including the expense of stem cells. The decrease of this function is directly connected with the process of senescence. Assessing the biological age of a person is possible by the length of telomerase leukocytes. These are certain structures related with the genome, they are markers of its work. Telomerase is reduced irreversibly during the upgrade of leukocyte populations. Thus, the number of updates (rejuvenation) is genetically programmed. It is believed that is possible to stop for a while Ojas consuming (aging) by harmonizing the body with nature on all planes of existence.

Thirdly, these are platelets — blood cells that are involved in the complex mechanisms for maintaining the liquid aggregation state of blood and in the processes of hemostasis (control of bleeding in vascular lesions) with the formation of a blood clot.

3. Mamsa is associated with muscle tissue. Thist is a unique histologic form which provides conscious body movement in space. However, in addition to the skeletal muscles, there are else two types of muscles in a body.

First, it is the heart muscle, which has a number of unique features. Thus, myofibrils of the heart muscle are not clustered (as skeletal), but have unique contacts between cells — intercalated discs, which provide nearly instantaneous transmission of excitation to all areas of the myocardium, keeping its contraction as a single hollow organ. More of this, the heart has a unique system which has histologically originated from the muscle tissue, but has acquired properties similar to the nervous tissue. It’s about the cardiac conduction system, which has automatism, ie, it’s able to independently generate an electromagnetic pulse of excitation, which causes the heart to contract. The number of excitation waves coming into the myocardium from this system determines the heart rate. By the way, the evaluation of this system is the basis of all “VedaPulse” algorithms because these cells are unique barometers of the body, which consolidate impacts of all regulatory body systems (Nadi-meridians / functional systems).

Second, it’s the smooth muscle, which is located in the interior of all hollow organs (blood vessels, organs of digestive tract, urinary, excretory, reproductive and broncho-pulmonary systems, etc.). This tissue is not a subject to the conscious control, but at the same time, it’s the ultimate target of the majority of psychosomatic disorders, being involved in the development of the disease on the third stage (according to Ayurveda, it is a functional disorder, which is manifested, including spasms of smooth muscles). 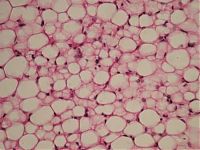 4. Meda is associated with adipose tissue. In a body, the adipose tissue is the largest storehouse of energy (in the form of triglycerides). Since eating is a periodical process and obtaining of glycogen (an energy substrate, which is formed in a liver and skeletal muscles, a source of glucose) is limited, there is a need to mobilize large quantities of energy in between meals. Triglycerides (composed of fatty acids and glycerol) have high calorie — energy value (9.3 kcal / g for triglycerides compared to 4.1 kcal / g for carbohydrates), the adipose tissue is a very efficient energy storage. It is in a state of continuous exchange and sensitive to both the nervous and hormonal stimulation. A basic cell of the adipose tissue — the adipocyte. 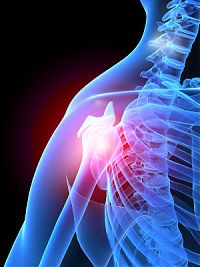 6. Majja has an ambiguous interpretation and at the same time is associated with bone marrow and nervous tissue.

The bone marrow structure consists of the stroma (supporting tissue, from the Greek word meaning «bed»), hematopoietic cords and sinusoidal capillaries. The stroma is of a three-dimensional reticle of reticular cells and a most subtle reticle of reticular fibers, the loops of which include hematopoietic cells and macrophages. The main function of the bone marrow is the formation of blood cells, the destruction of worn-out cells and iron metabolism after the breakdown of hemoglobin.

The structure of nervous tissue can be distinguished into two types of cells: the nerve cells, or neurons which usually have many long filaments, and the glial cells (Greek glia — «glue») — several types with short filaments which support and protect neurons, provide their activity and nutrition, and also take part in the protecting processes in the central nervous system.

7. Shukra — the highest tissue from the perspective of Ayurveda, the quintessence of all the tissues, consistently incorporates all the «juices» from other tissues. This is semen.

In the male body it’s associated with the functional sufficiency of sperm, in the female body — with features of the maturation of the ovarian follicle and the ovum.

It is believed that Kapha-dosha is responsible for all the tissues in general, since it is the main substance of the body, and in particular — for five dhatus: plasma, muscle, fat, bone marrow and semen. Pitta gives rise to blood, Vata is associated with bone metabolism. Damage of dosha is usually manifested in those tissues that it manages. However, any dosha may enter into any of the tissues and cause a disease there, so the diseases are classified not only by doshas, but also by those tissues in which the damage of doshas appears.

If we look at the organism as at energy formation, it is composed of numerous channels (nadi) which form and maintain all the tissues. Health is the proper movement of different matter forms (of various manifestation degrees) in the channels. Disease is a violation of this movement in the form of redundancy, insufficiency, movement blocking or moving in a wrong channel. Imbalanced doshas cause disruption of energy and material (real) flows. Ayurveda groups channels to the system. Some of them can be associated with the physiological systems in Western medicine, but others have no such analogs and similar to systems of Chinese meridians. In Ayurveda, there is a complex symptomatology of violations in channel systems. All the diseases are classified according to those systems to which they relate. Study of channels using special methods of diagnosis is one of the main ways for determining the nature and severity of the disease.

<--- Previous article
From palpation of the pulse wave to the Cardiointervalography, or the next step in the development of pulse diagnostic technologies
Next article --->
Pancha Maha Bhuta