On September 12-15, 2014 International Ayurveda Symposium took place for the 16th time in Birstein, Germany at the European Academy of Ayurveda.

It was the first time when Russian delegates came to this international symposium and introduced their technology – professional kit for computer pulse diagnosis VedaPulse® Leading developer of the VedaPulse® and CEO of Biokvant LLC, Dr. Oleg Sorokin performed a number of demonstrations for foreign experts so that they could see the device in action themselves. At the Symposium Dr. Sorokin met with Mark Rosenberg, director of the European Academy of Ayurveda, Member of Board of Directors of the International Ayurveda Foundation, President of the biggest European professional association for Ayurvedic doctors and therapists - VEAT – and Head of the international task force a „Ayurveda Education“. 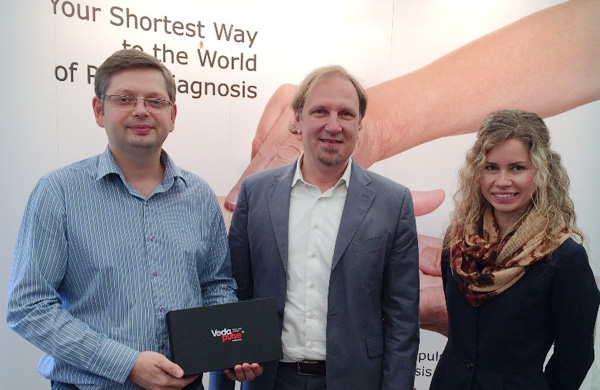 At this meeting Dr. Sorokin and Mark Rosenberg made a preliminary oral agreement on creating an educational program for Ayurveda students in Russia which will be partly distant education for VedaPulse users. Getting positive feedback from foreign experts in pulse diagnosis was especially invaluable. These experts performed traditional pulse diagnosis and then compared it with the results received on VedaPulse® device. One of the experts who expressed sincere interest in VedaPulse® was Dr. Antonio Morandi (Milan, Italy). Dr. Morandi is the Director of School of Ayurvedic Medicine "AyurvedicPoint", President of Italian Scientific Society for Ayurvedic Medicine and he also serves on the board of many scientific associations throughout Europe for Ayurveda and Complementary and Alternative Medicine. 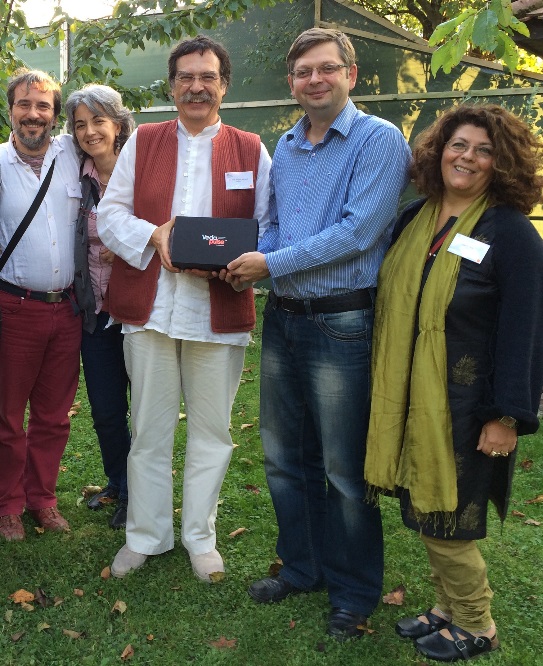 There were about 250 experts from 19 countries in the area of Ayurveda and naturopathy that came to the Symposium. Besides attendees from Europe, there were specialists from USA, Argentina, India and other countries. India is a home of Ayurveda and there was a sincere interest to VedaPulse® from experts who came from India as VedaPulse® allows performing diagnostics in authentic Ayurvedic terms. Possibilities of creating a joint research and education projects were also discussed with experts from oldest Ayurvedic universities in India – Banaras Hindu University and Gujarat Ayurved University. These negotiations will continue during Oleg Sorokin’s visit to India in November. 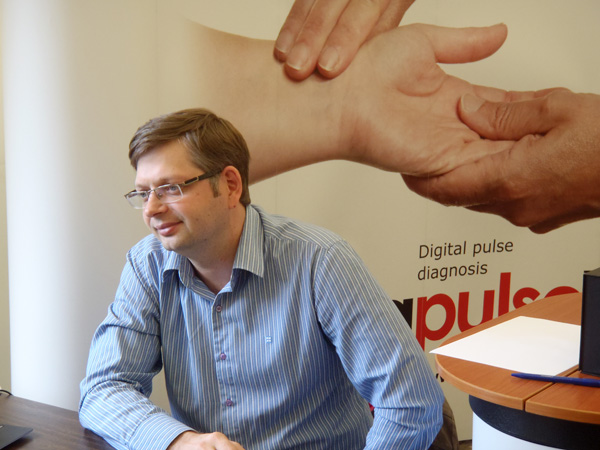 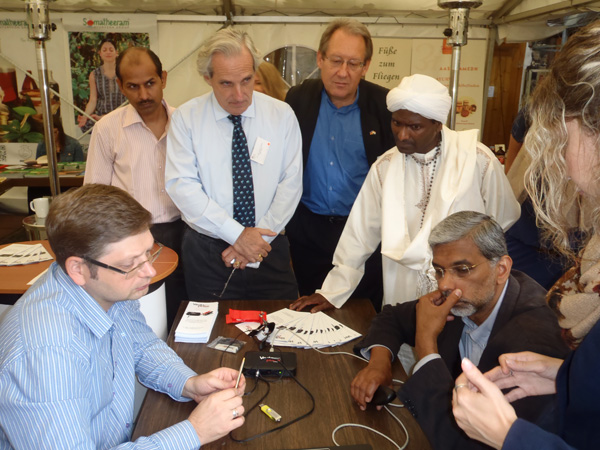 One of the most important missions of the VedaPulse® team is to develop international education programs on Ayurveda and inviting leading international experts. If you are interested in knowing more, please follow our news.

<--- Previous article
VedaPulse in Finland – A New Name in Pulse Diagnosis
Next article --->
6th World Ayurveda Congress. Scientific approach to authentic knowledge. The device developed in Russia measured six levels of the pulse out of seven