Cardiointervalography: What waves narrate about 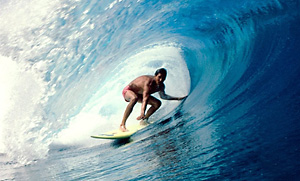 In a previous article, “Cardiointervalography: simplifying difficulties” we considered in detail how the primary analysis of the heart rate variability is conducted and how a cardiointervalogram constructs – the graph that illustrates sequential changes in a heart rhythm. Let’s continue our story.

Sympathetic nervous system is responsible for the mobilization of domestic resources of the body. Parasympathetic system is responsible for relaxation, recreation, preservation and accumulation of vital energy. Humoral regulation is one of the earliest evolutionary mechanisms of vital processes regulation in the body, carried through the body fluids (blood, lymph, tissue fluid) with the help of hormones excreted by cells, organs, tissues. In organisms of highly developed animals and man the humoral regulation is subject to the neural regulation and both of them are integrated in a single system of neurohumoral regulation.
For novices in a work with the HRV principles it’s maybe difficult to grasp the logic of why different types of waves are correlated with an activity of different divisions of the nervous system. Then I would venture to suggest very simple, almost childlike explanation of this in the form of three graphic pictures.
With what waves is the sympathetic nervous system associated? Naturally, with a storm! These are mighty big waves. Please, here’s a storm – the cardioinervalogram of the patient with an overactivity of the sympathetic nervous system.

With what sea condition the parasympathetic division of the nervous system is associated? Of course, with a slight breeze… We are admiring gentle small whitecaps on the water surface. Sorry… I’ve got carried away: the illustration below is not the sea surface, but the cardiointervalogram of the patient in a state of relaxation.

Well, in the third example all is quite simple. As neurohumoral regulation operates through the introduction of hormones into the bloodstream, so it takes some time to make changes. Therefore, long waves are obtained. They can be as big and tall as medium waves, which are related to the sympathetic regulation, but unlike them, can not make changes so quickly.

Really, are they like large ocean waves? This is the action of the neurohumoral regulation.
The absolute and relative values of HF, LF, VLF-ranges are calculated to evaluate the effect on the heart work of these three regulatory systems.
For this purpose heart rate fluctuations are transformed to a simple harmonic motion with using the fast Fourier transform. We will not go into the mathematical description of this conversion (to whom it is important, let’s read about this separately: Fast Fourier Transform http://en.wikipedia.org/wiki/Fast_Fourier_transform). For everyday users usually it’s enough to understand that with this transformation a graph is built, which reflects how often waves of a definite length appear on the initial ECG. The graph obtained after the Fourier transform is called a “Spectrogram.”
The abscissa are positioned a frequency of waves in Hertz, the ordinate axis – a power in milliseconds squared. Peaks of a power in different parts of the graph reflect the activity of a range. These peaks have a diagnostic value, but their interpretation is rather complicated, so in this article we shall confine ourselves to pointing out that the peaks activity is associated with the activity of different regulatory systems. Let’s focus on the previously described scheme of three main regulatory systems. The interaction of these three regulatory systems it’s easier to study not on a spectrum chart, but on pie charts for a spectral power of ranges. In these diagrams the separate peaks are no longer visible because they are summarized and grouped into three ranges corresponding to three regulatory systems.
Usually two types of pie charts are used. The first type of the chart shows the proportion of LF/HF – it indicates the tension/relaxation degree.

Both versions of diagrams show a relative effect (a percentage) of regulatory systems.
Absolute indexes of a power in the ms2 also have the diagnostic significance.
In addition to this, it is important a total value of a power. It is obtained by adding values of three power ranges and is denoted as TP – Total Power. It is believed that the total power of a spectrum reflects a total reserve of forces that an organism can mobilize to overcome a stress load. The Total Power value of a healthy person is usually equal to 1500-3000 ms2.
In any case, this indicator should be read together with an estimate of spectrum initial proportions. Since it is important to consider the original nature of these forces.
In a healthy person LF/HF≈1.5-2. If this ratio exceeds 2, it indicates that a person is strongly mobilized. When such mobilization occurs at the time of working (or a sport load), then it’s normal. But there’s nothing good, if a person is always so excited. The other extreme is a strong relaxation, when LF/HF<1. This is quite natural for a tired man, so his body is switched to a rest. But, of course, there is a reasonable limit in how far a person can be relaxed.

The share of VLF is typically less than one-third of the total spectrum power (TP). If it exceeds a half (VLF>LF + HF), this indicates an over than redundant impact of a central nervous system on a heart. This happens either because of a strong stress influence or because of hormonal disorders.
If you try to ideate a significance of these three regulatory systems, sympathetic and parasympathetic divisions of an autonomic nervous system can be represented as a local government, and a humoral regulatory system is like some representatives of a central government. Then you can imagine how it’s important to preserve proportions both in a political state structure between different branches of a government and in a regulation of an organism state between influences of different NS divisions. Like a violation of proportions in a state management is fraught with a political crisis, an imbalance in a nervous system can lead to a functional disorder.